Nintendo are busy handing out invites for Mario Party 10. By which we mean this: itâ€™s available to purchase in both digital and physical forms from Friday onwards.

Itâ€™s set to cost Â£34.99 on the eShop. Hardly an outrageous price (Pikmin 3 was Â£49.99 if memory serves) but itâ€™s worth baring in mind that physical copies are the same price on Amazon with a Mario amiibo figure thrown in. If you feel that you have enough Mario merchandise cluttering up the place, a souls copy can be had for Â£24.99 from Zavvi. On a related note, it would appear that Splatoon is going to be arriving at a similar price.

Reviews of Mario Party 10 are somewhat predictably mixed – everything from 9/10 (God is a Geek) to 2/5 (Digital Spy). 6/10 seems to be the medium score though, as handed out by Destructoid, The Metro, Game Informer and numerous others. 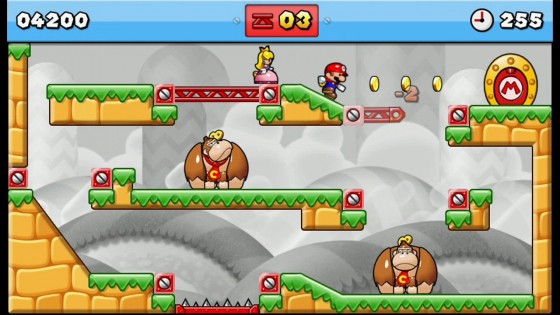 As our headline suggests, Mario is starring in another eShop release this week. That game is 2D platform puzzler Mario vs. Donkey Kong: Tipping Stars (Â£17.99). Itâ€™s heading to both 3DS and Wii U with Cross-Buy support – simply purchase it on one system and youâ€™ll be given a download code for the other. Scores for this one include 4/5 from GamesRadar – â€œfor quick bursts of action-puzzling, thereâ€™s little betterâ€ – and 6.8 from IGN who claimed that new ideas are lacking. 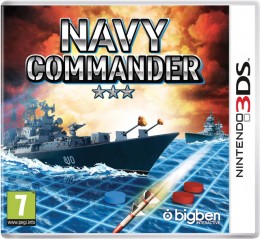 Usually the eShop receives two or three Virtual Console release a week, but this Thursday sees just one – the (whip) cracking Castlevania Aria of Sorrow (Â£6.29) on Wii U.

Then on 3DS there’s the rather blatant Battleship clone Navy Commander (Â£8.99), which features a wireless multiplayer mode requiring just one copy of the game. It would appear to have been granted a retail release as well.

No new 3DS themes are due this Thursday, but there is an assortment of new THEATRHYTHM Final Fantasy Curtain Call tracks, two of which are free until 1st April. The rest are 89p a piece.

As for price drops, notable highlights for this week include 3DS titles Mutant Mudds (Â£4.00), Swords & Soldiers 3D (Â£4.39) and the ‘Metroidvania’ adventure AeternoBlade (Â£5.40). The Wii U offerings aren’t really worth mentioning due to either being rubbish, or having been cut in price dozens of times before. In some instances, both.

Cocoto Magic Circus 2 and (Wii U) and Mindfeud (3DS) meanwhile receive permanent price drops to Â£16.99 and Â£1.79 respectively. Cocoto Magic Circus 2 actually made it out as a retail release on Wii U. The fact that weâ€™re yet to see a single copy with our own eyes would suggest that itâ€™s one of the systemâ€™s rarest.