2D arcade-like skater OlliOlli may have taken a while to reach other formats since launching on PS Vita over a year ago, but at least itâ€™s arriving on the Nintendo eShop with Wii U/3DS cross-buy support, along with an alluring launch-period discount.

From Thursday until 19th March the pixel perfect skateboarding sim (to use a term lightly) will cost Â£7.99, with the price then rising to Â£9.99 thereafter. Those who own it on Wii U can download it on 3DS, and visa versa, as long as the Nintendo Network IDs are linked. 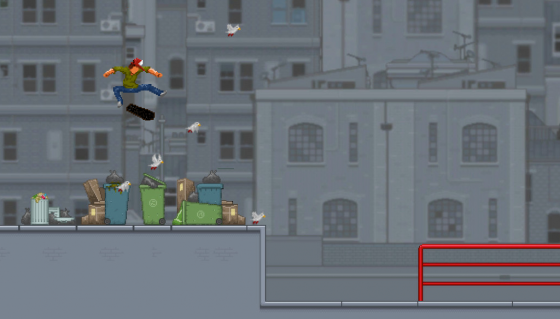 Generous consensus had it that although frustrating at times, it was no less as addictive. Scores did fluctuate slightly though – everything from 6/10s to 9/10s. Considering one of the 6/10 reviews made the ridiculous claim that the visuals look like something from a 90â€™s shareware game, we donâ€™t think you should be too worried about the less positive reviews out there.

As usual, a couple of new (read: old) games are heading to Virtual Console. We have Culture Brain to thank for both side-scrolling brawler Flying Dragon: The Secret Scroll (Â£2.69) and the top-down Kung-Fu Heroes (Â£3.49) – two NES titles that were never released in Europe. We had to trawl all the way over to GameFAQs to get the low down on these two. Apparently both arenâ€™t too bad at all; Kung-Fu Heroes is allegedly quite tough, but Flying Dragon has a difficulty level thatâ€™s â€œjust rightâ€. 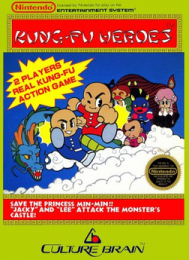 Then we have the usual selection of premium priced retail downloads. This week: Cooking Mama: Bon AppÃ©tit (Â£24.99), Gardening Mama: Forest Friends (Â£24.99), Best of Casual Games (Â£19.99) and Hollywood Fame: Hidden Object Adventure (Â£19.99) on 3DS. Both Cooking Mama games feature a neat sounding SpotPass feature, allowing exclusive items to be traded. We imagine that Nintendo will be giving these two a spot of promotion over the coming weeks.

We like Cooking Mama here, having purchased the Nintendo DS original on import many years ago. Since then though the series has been run into the ground somewhat. We kind of get the feeling that these two are a last ditch effort to rejuvenate the series.

Also on 3DS this Thursday: Music on: Electric Guitar (Â£1.89) – which transforms the 3DS into said instrument – mobile hack â€˜nâ€™ slash conversion League of Heroes (Â£3.59) and the psychedelic ball rolling puzzler Proun+ (Â£4.50 until 19th March; Â£5.30 thereafter) which too is a mobile conversion. All of these are worth a look – League of Heroes and Proun+ seem to have found a fair few fans while Music on: Electric Guitar gained strong reviews when it originally launched on DSiware.

In addition to OlliOlli, the Wii U also gets the 2D puzzler BLOK DROP X TWISTED FUSION (Â£2.69). The â€˜Twisted Fusionâ€™ part of the title refers to it featuring elements from a different and yet-to-be-released indie puzzler. Nintendo Life reckons taht this bizarre crossover is one of the better puzzlers on the eShop, awarding it 7/10 when it launched in the US late last year. 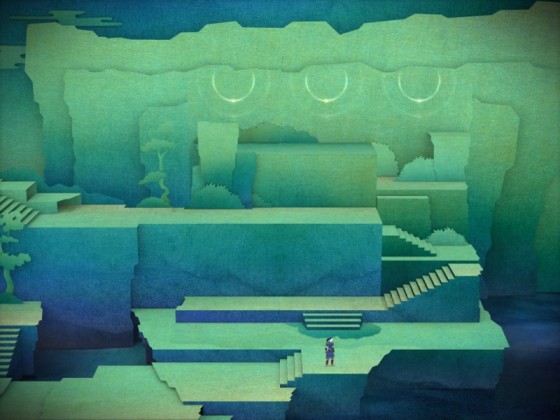 As for Wii U discounts, oddball first-person adventure Master Reboot (Â£4.99 until 1st April) and the papercraft Tengami (Â£3.49 until 12th March) are well worth considering. The 3DS discounts meanwhile are a trio of Circle Ent titles that have all been reduced before. Namely, WAKEDAS (Â£1.79), Witch & Hero (Â£1.79) and World Conqueror 3D (Â£3.59). Hear that? That’s the sound of us shrugging our shoulders.