Capcomâ€™s first foray into episodic gaming doesnâ€™t mess around. During a casual evening event Claire Redfield and her fellow TerraSave terrorist-fighting buddies are confronted by mysterious, gun toting, party crashers. Following the surprise attack, Claire awakens in a disused penal colony with some kind of electronic tag bound to her arm. Dubiously coloured water runs down the walls, filth coats the floors and screaming can be heard echoing through the colonyâ€™s corridors.

Within mere minutes of the game starting numerous questions instantly spring to mind, such as who rudely cut the celebrations short, and both the whereabouts and safety of the other TerraSave members.

The source of the screaming soon reveals itself – Moira Burton, the delightfully foul-mouthed teenage daughter of Barry Burton, was also snatched during the attack. Once freed from a nearby prison cell, Claire and Moira can be swapped between at the press of a button. Co-op split-screen play is an option, but not one weâ€™d recommend as the screen isnâ€™t simply split down the middle as youâ€™d expect – each player instead has a postcard-sized view surrounded by huge black boarders. We actually had to pull our sofa forward a good three or four feet to prevent squinting at smaller details. Online co-op play is promised in an upcoming update however, and should benefit the bonus wave-based Raid mode no end. More about that later. 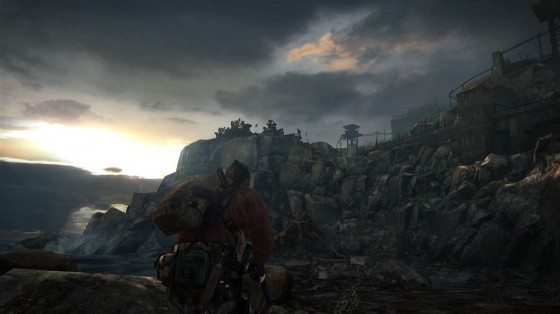 This first episode is split into two hour long chapters, each featuring two different playable characters with skill sets that work in almost perfect harmony. Moira carries a torch and has an emotional dislike of firearms, opting for melee weapons instead. The torch – found at the outset of the adventure – allows her to temporarily daze enemies which Claire can then dispatch with relative ease.

Whereas the girls simply have to make do with whatever they find while fleeing the colony, Barry Burton brings everything but the kitchen sink along for the rescue mission. He attempts to follow Claire and Moiraâ€™s tracks, observing the carnage left behind in their wake while closing in on their whereabouts. The hirsute hero forms an unlikely alliance with Maria – a small child blessed with the ability to detect the whereabouts of the penal colonyâ€™s afflicted inhabits. The word â€˜zombieâ€™ isnâ€™t used once, incidentally.

Barryâ€™s chapter partly takes place in a forest cloaked in darkness, which not only provides a welcome change of pace but also turns the terror up a notch. The use of shadows, lighting and sound in this section is noteworthy, helping to create a tense atmosphere as Barry and Maria attempt to find a safe passage through the overgrown foliage. 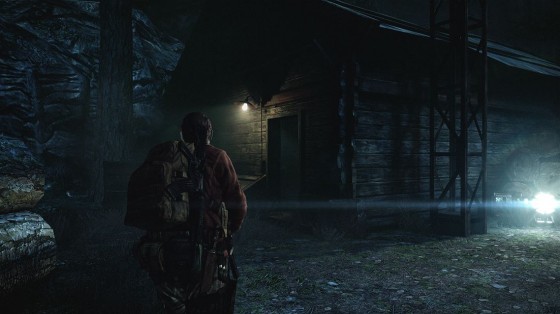 One of Barryâ€™s many talents is the ability to perform stealth attacks. Mariaâ€™s supernatural skills are essential when it comes to pinpointing enemy locations and so the two form a formidable team. Totally unafraid of the horrors surrounding her, she can also use bricks to bash the brains out of any downed enemies. When using her sixth sense it can be tricky to tell which way foes are facing though, resulting in some messy confrontations if trying to remain stealthy.

On the casual setting at least, the penalty for failure isnâ€™t punishing in the slightest – enemies donâ€™t put up much of a fight and both ammunition and green herbs are in bountiful supply. Overuse a single weapon and you may find yourself out of ammo for that weapon alone, but as both Claire and Barry carry more than one firearm youâ€™ll never be left without something to fall back on. Resident Evil 6â€™s gung-ho proceedings have left their mark here, but not to a significant degree – enemy encounters are spread so far apart that we didnâ€™t gain the achievement for killing 100 afflicted until way into our second play-through. 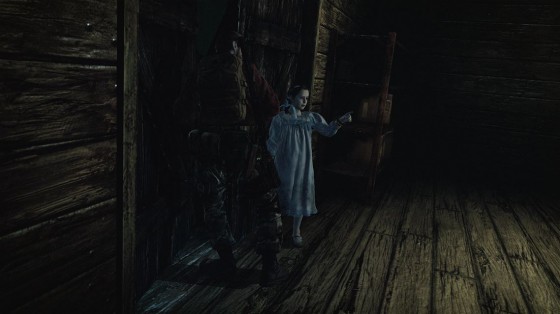 Indeed, Capcom has been rather wily when it comes to achievements – donâ€™t expect to unlock many without either replaying this first episode several times or opening your wallet for the remaining three episodes. Fortunately, thereâ€™s a surprising amount of reasons to return for repeat play-throughs. As well as obligatory hidden collectables – which are very well hidden – all kinds of bonus modes unlock upon completion including a mode with invisible enemies. In terms of content alone, Revelations 2 goes away beyond the call of duty when compared to other episodic adventures.

On top of the additional modes, thereâ€™s the aforementioned Raid mode. Featuring upgradable weapons and characters that level up, it proves to be a decent time sink. The inclusion of daily missions in particular was unexpected. The majority of these five-minute-or-so missions recycle environments from Resident Evil 6. Given this first episodeâ€™s mere Â£4.99 price tag, this is something easily overlooked. 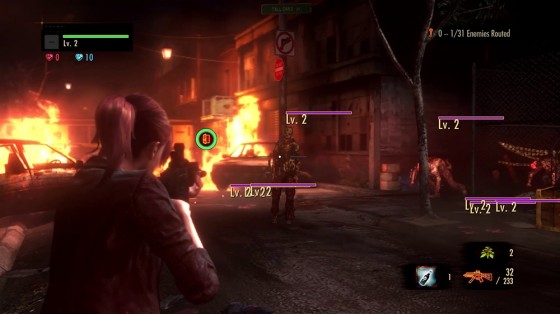 Something less easily overlooked is the inclusion of dreaded micro-transactions. These are used to purchase credits – used to unlock new weapons and upgrades – and also heart tokens that bestow instant revivals. Raid modeâ€™s difficulty level has seemingly been set to â€˜beyond challengingâ€™ so that the ten tokens you start with are easily spent. Ammo depletes all too quickly as well, a fact not helped by the initial two weapon limit.

Unlocking the ability to take more than two weapons into battle takes a considerable amount of time. Sadly, the grind isnâ€™t always an enjoyable one due to repetition and the occasional frustrating mission. Those who stick with Raid mode and can look past its faults though will undoubtedly find this episodeâ€™s Â£4.99 asking price even more of a bargain.

Capcom strikes us as a company thatâ€™s currently going through a dramatic change. Revelations 2 is a reflection of this, chopping and changing Resident Evilâ€™s classic survival horror formula into an episodic structure. It does err on the experimental side of things, but not in a way that has a negative impact – all signs point to it building on Revelationâ€™s sturdy groundwork to help put the franchise back on track. We just hope the upcoming episodes take a little longer than two hours to reach their climax, and that those climaxes are more thrilling than this episodeâ€™s tepid cliff-hanger.