Prior to last Friday, the only way to purchase Dying Light was via the download services at a rather extortionate Â£54.99. Proving that gamers are willing to wait until something is sensibly priced, the belated retail release has shot straight to the top of the UK chart. 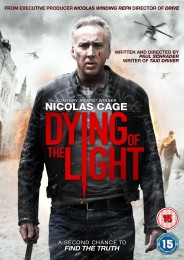 Itâ€™s the third consecutive number one in three weeks, and Warner Brosâ€™ first chart topper since The Lego Movie Videogame.

The Order 1886 – last weekâ€™s number one – falls to #4 while places #2 and #3 are filled by Call of Duty: Advanced Warfare and newcomer Dragon Ball Xenoverse respectively. GTA V rounds off the top five, just like it always seems to.

Sonyâ€™s much debated PS4-exclusive isnâ€™t the only new release on a slippery slope – Evolve is down five places as well, falling to #8.

Dynasty Warriors 8: Empires was the only other new entry in the top 40, arriving at a respectable enough #21.

Over the in the individual format charts, 2D brawler Under Night In-Birth Exe: Late made #23 in the PS3 chart while JRPG Hyperdevotion Noire: Godness Black Heart entered at #3 in the PS Vita top 20. And yes, there is such a thing.