Despite a mixed reception, The Order: 1886 has become the latest UK chart topper, dethroning Evolve after just one week on top.

Evolve now rests at #3 while Call of Duty: Advanced Warfare moves back up to #2. 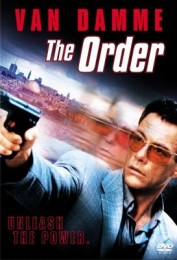 The Legend of Zelda: Majoraâ€™s Mask 3D remains in the top ten for a second week, but just barely – Linkâ€™s latest is down from #2 to #8.

Monster Hunter 4: Ultimate has departed the top ten however, falling from #4 to #12. Hopefully its top 40 descent will be a slow one, unlike fellow Nintendo-exclusives Bayonetta 2 and Captain Toad: Treasure Tacker.

Thereâ€™s only one re-entry this week – The Last of Us: Remastered at #22. This suggests The Order: 1886 managed to help Sony shift a few more PS4â€™s last week.