Just like last monthâ€™s Dying Light, reviews of Evolve have been slow to surface. The reason for this is that many reviewers felt passing judgement before the servers became fully populated would be unfair.

With the game now out, reviews are finally starting to trickle through. GameSpot got the ball rolling with their 8/10. In their review it was confirmed that, and as many expected, itâ€™s at its best when played with buddies. It also received a 4.5/5 from The Escapist – whose bottom line was â€œEvolve is a strong co-op title that rewards good teamwork with an amazing experienceâ€ – and 7/10 from ShackNews. 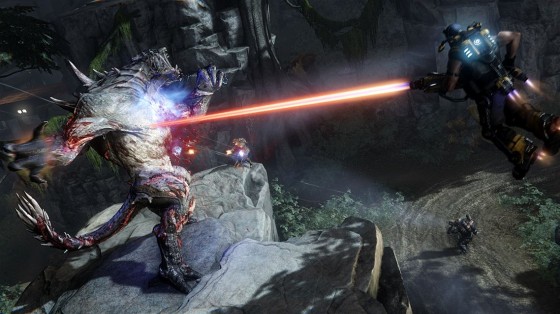 Weâ€™ve spent around an hour with it so far. In-depth progression tables – which bestow new abilities once certain criteria has been met – and a wealth of unlockable characters give a decent incentive to keep playing, but for just how long remains to be seen. Right now, it’s hard to imagine it keeping us up until the small hours like Titanfall did.

Keeping with the monster theme for a moment, we have Monster Hunter 4 Ultimate on 3DS up next. Under Eurogamerâ€™s new review policy it gained an â€˜Essential’ rating. â€œThis is easily the best Monster Hunter so far, for veterans and newcomers alike. With it, I think Capcom has achieved exactly what the series has been aiming for since it started edging gently Westward: a perfect balance of Circus Maximus and just plain old circus. Get it. Stick with it. Buy yourself some thumb plastersâ€ they said, with blatant first-hand experience of sore digits. 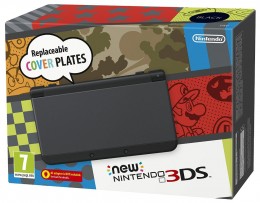 Pocket Gamerâ€™s review echoed the above: â€œIf you’re looking to join the hunt, this is undoubtedly the best place to startâ€ they said. Nintendo Life also gave it 9/10, warning that â€œitâ€™s a significant undertakingâ€ but â€œutterly enthralling once you’re drawn inâ€.

Monster Hunter 4â€™s release date coincides with the release of Nintendoâ€™s new fangled 3DS. Joining the new system on store shelves are The Legend of Zelda: Majora’s Mask 3D and Ace Combat Assault Horizon Legacy+. For the uninformed, Assault Horizon Legacy made its first 3DS appearance in 2011. This is an enhanced version with C-stick camera controls, amiibo support – used here to unlock new aircraft skins – and improved 3D effects. As far as new inclusions go, that appears to be it. Itâ€™s a full price release, suggesting Namco didnâ€™t make their money back on this one the first time round.

The Legend of Zelda: Majora’s Mask 3D sounds a bit more exciting when it comes to refinements and whatnot. â€œMany of the frustrating elements from the original are gone, and because of the nature of the three-day cycle, it’s a perfect thing to pick up, play, and turn off after one cycle completesâ€ claimed Destructoid. 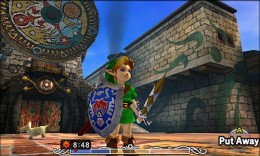 ShackNews meanwhile had this to say: â€œWhile some aspects of it haven’t aged well, Nintendo has made enough smart changes to make this remaster worth a second look for those like me who left the original undone. It’s nicely presented, shows some real growth of the seeds planted in Ocarina, and is easily among the most unique games in the franchiseâ€. Itâ€™s hard to argue about how unique Majora’s Mask is – it’s easily one of Nintendoâ€™s darkest titles, and if it wasnâ€™t for Freshly-Picked Tingle’s Rosy Rupeeland it would be one of the weirdest too. Itâ€™s as if Tim Burton got hold of the franchise and turned it completely upside down.

Thereâ€™s certainly nothing weird about Don Bradman Cricket, out this Friday on PS4 and Xbox One. Well, thatâ€™s aside the absurd digital pricing – a ridiculous Â£59.99 on both PSN and the Xbox One store. 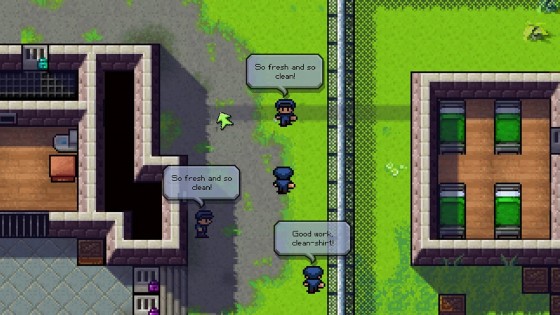 Thankfully Team 17 has their head screwed on straight when it comes to pricing up downloads. In comparison, Â£14.99 for The Escapists on Xbox One is a bargain. Giving the chance to escape from a prison by any means necessary, itâ€™s one of those rare games that’s impossible to pigeonhole. A lack of hand-holding makes it hard to recommend to all and sundry, but the likes the Official Xbox Magazine and God is a Geek – who gave it 7/10 and 8/10 respectively – urge you to give it a try. A physical version is also available for around Â£20.

Over on PSN meanwhile there’s Activisionâ€™s pleasingly outlandish Chivalry: Medieval Warfare (Â£11.99) on PS3 and two new PS4 titles – Super Stardust Ultra (Â£9.99) and Unmechanical: Extended (Â£7.99). Digital versions of Hyperdimension Neptunia ReBirth2 and Atelier Ayesha Plus ~The Alchemist of Dusk~ on PS Vita are due too, as well as Star Wars: Episode III: Revenge of the Sith on PS3. We donâ€™t recall that last one being particularly good when it arrived on PS2 back in 2005, and so we highly doubt the last ten years have been kind.