Rather than put out the usual weekly download schedule, Nintendo has instead issued a â€œspecialâ€ press release in anticipation for the New Nintendo 3DS’s launch this Friday. Or #Nintendo3DSDay as they hope folk will call it. Twitter folk, presumably.

It was already a given that The Legend of Zelda: Majoraâ€™s Mask 3D and Monster Hunter 4 Ultimate would be making their way to the eShop this week, but now we have confirmation of a few other new titles.

IronFall: Invasion is the most promising of all – a six-player online shooter that has been in development for three years. The majority of previews liken it to Gears of War, and itâ€™s easy to see why:

Just like the above, Ace Combat Assault Horizon Legacy+ makes good use of the New 3DSâ€™s C-stick, allowing the surroundings to be viewed while soaring through the skies. It should make finding targets a tad easier. Captain Falcon, Samus and Bowser amiibos can also be used to unlock new aircraft skins. 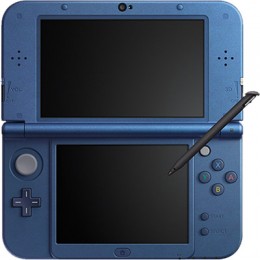 Then we have two Kirby spin-offs – the four-player Super Smash Bros. alike Kirby Fighters Deluxe, and rhythm action title Dededeâ€™s Drum Dash Deluxe. Both of these made their first appearance in Kirby: Triple Deluxe. This time round they offer new stages and whatnot. Prices havenâ€™t been provided, oddly. The same goes for Ace Combat Assault Horizon Legacy + and IronFall: Invasion.

This week also sees the launch of the Nintendo Anime Channel – which will include episodes of PokÃ©mon, Kirby, and Inazuma Eleven – and a bunch of free â€œBasic and Simple Colour Setâ€ themes. Incidentally, those purchasing The Legend of Zelda: Majoraâ€™s Mask 3D, Monster Hunter 4 Ultimate or Ace Combat Assault Horizon Legacy+ from the eShop will receive a free bonus theme.

We assume the Wii U is set to receive some new downloads this week, but we have no idea what. If Nintendo issues a regular weekly download schedule weâ€™ll report back and update. Thereâ€™s bound to be a couple of new Virtual Console releases at the very least.