Developer Dontnod – of Remember Me fame – gave themselves a tall order to fill with Life is Strangeâ€™s debut episode. Not only did female protagonist Max and her cohorts have to be introduced and the plot outlined in a suitably enticing manner, but Maxâ€™s freshly awakened superpower also conceived and successfully woven into the story.

The superpower in question is the ability to rewind time; a skill discovered after experiencing a vivid future vision during a photography class. As Max makes her way through the college campus opportunities to rewind time start to reveal themselves, including the chance to prevent a potential murder. As far as episode one is concerned, thatâ€™s about as dramatic as its use gets – most instances involving time manipulation from thereon in are either to gain information or to figure out the most appropriate answer during a conversation.

The power to rewind time does however lend itself to the photography mechanic. Max always has her trusty analogue camera at hand, ready to snap anything – be it something beautiful or incriminating. 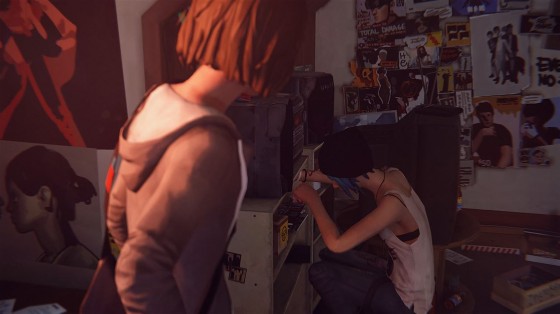 Max never plans to use this power for personal gain; simply to be an everyday hero. This makes her a highly likeable protagonist. Understandably, she feels both confused and scared by this new found talent, prompting a display of various emotions throughout. Visions of an impending natural disaster donâ€™t help matters one bit either, and itâ€™s these dark visions that help drive the plot forward.

Max soon confides with childhood friend Chloe – a fellow female teen whom Max drifted out of contact with after leaving her hometown. Chloe has problems of her own; stuck at home with a strict stepdad, and no money to get out of town to pastures new. It soon transpires that Max and Chloeâ€™s stepdad have crossed paths before. How he treats Max all depends on a vital decision made early in the episode.

As well letting players experiment with Maxâ€™s powers, her fellow students are also introduced within the opening hour or so. The jocks, the bullies, the nerds, the skater kids and a clingy male friend – almost every character falls into a stereotype. This wouldnâ€™t be such an issue if the dialogue gave them a less clichÃ©d identity, but alas – the quality of writing is generally poor. During one conversion the phrase â€˜kool kidzâ€™ is used unironically and Max herself uses the word â€˜hellaâ€™ far too often. Just like Sunset Overdrive, shoed-in pop culture references are also irritatingly common. We are however grateful that the use of swear words is kept to a minimum, so on the rare occasion Max does drop the â€˜f-bombâ€™ it still has some effect. 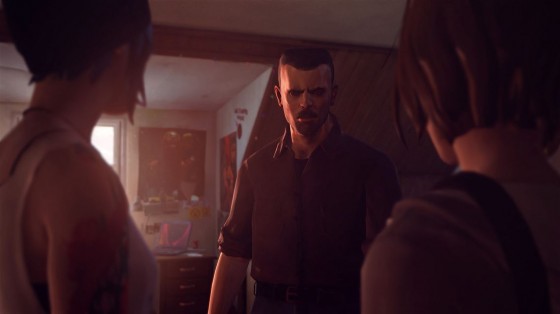 While the quality of writing is far poorer than that observed in a typical Telltale adventure, Life is Strange is technically superior. Characters and their surroundings are coated in hand painted textures, with a colour scheme favouring gentle pastel hues. Loading times meanwhile are pleasingly brief when travelling to and from the collegeâ€™s halls, dormitory and parking lot – the three key locations.

It also helps that the time manipulation mechanic is implemented well. The trigger buttons are used to rewind and forward, while a helpful blip on â€˜time dialâ€™ points out moments where thereâ€™s the chance to alter future consequences. Itâ€™s possible to experiment as you please without penalty. Unhappy with the impression left on someone? Simply rewind and pick a different comeback during a conversation. 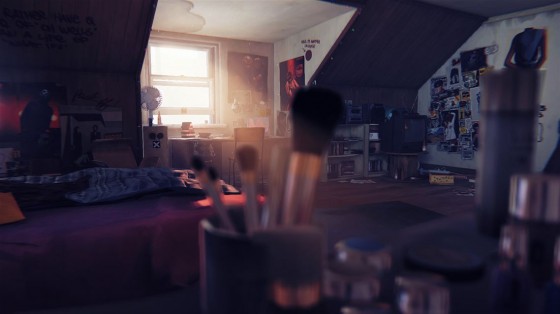 Life is Strange: Chrysalis entertains for its two to three hour duration and the hidden achievements – each of which are photography related – give at least one reason to return. Thankfully itâ€™s possible to replay sections to forage for collectables without having to worry about altering any moral choices made.

By the time the episode had ended it was clear what the story entails and also where itâ€™s heading, which is partly thanks to a quick peek of the events that occur in episode two. Itâ€™s still too early to tell what Life is Strange will blossom into – but we assume that Max will remain an everyday hero rather than a superhero. For us thatâ€™s enough, but others may expect something a tad more exciting. With the fundamentals in place, itâ€™s time to cross fingers and hope that episode two will bring the drama.