Weâ€™re able to look past the fact that the majority of WayForwardâ€™s licensed games are poor on the grounds that such work helps to fund the studioâ€™s own projects.

Shantae and the Pirate’s Curse is a fine example – a genuine labour of love, just like the first two Shantae games before it.

American gamers received the 2D Metroidvania alike just before Christmas, thus giving us Europeans an early heads up in the process. The 3DS version stands proud with a Metacritic of 83% – which includes a 9/10 from Pocket Gamer and an 8.5 from IGN – while the Wii U iteration received 4.5/5 from Hardcore Gamer and an 8/10 from Cubed3.

US Gamer meanwhile rated the colourful caper 4/5. â€œShantae has always been a passion project for WayForward, but this is the first time the series feels like it properly realizes the developer’s ambition for it. A fun, funny, and pleasant substantial Metroid-alike boasting phenomenal old-school visuals and a refreshing sense of optimism, it’s both an eShop standout and a great (though by no means final) conclusion to a slow-burning trilogy of games,â€ they said.

Both the 3DS and Wii U versions are set to cost Â£15.99 when they arrive on Thursday. For those wanting to own both, a second copy for either system can be had for Â£7.99 as long as itâ€™s purchased using the same Nintendo ID as the first. 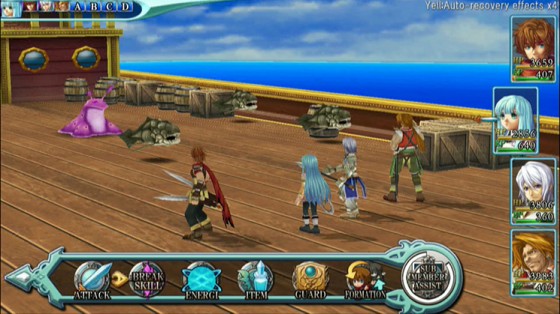 Another belatedly making its way to Wii U this week is Kemco’s JRPG Alphadia Genesis (Â£11.99). Nintendo Life claims that itâ€™s lacking originality but still not too shabby. â€œIf you can put up with Alphadia Genesis’ liberal use of tired cliches, poor localization, and dissonant presentation, you’ll find a fun little JRPG with fast-paced combat and a refreshingly simple customization systemâ€ was their verdict.

The 3DS meanwhile gets Best of Board Games – Mahjong (Â£8.99), Best of Arcade Games – Brick Breaker (Â£8.99) and a Monster Hunter 4 Ultimate demo. Since when has Mahjong been the best of board games? Everybody knows Hero Quest is the best.

Lastly, we have Curve Digital to thank for this weekâ€™s price cuts. Until 19th Feb thereâ€™s 25% off Lone Survivor: The Director’s Cut, Stealth Inc 2: A Game of Clones, The Swapper and Thomas Was Alone. If you already own a Curve Digital title then youâ€™ll receive an additional 10% off, giving a 35% discount. Bonus!