Citizens of Earth is a game with a history more interesting than most. Canada-based indie studio Eden Industries attempted to fund development with a Kickstarter campaign which ultimately fell $36k short of the $100k goal. Undeterred, development continued, leading renown publisher Atlus to pick it up for a multi-format release. 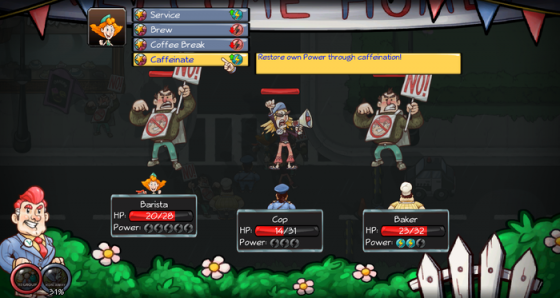 The Wii U and 3DS versions are due out Thursday, a day after the PS4 and PS Vita iterations. Until 29th Jan the colourful top-down RPG will cost Â£7.99, with the price rising to Â£9.99 then after. With over 40 playable characters and a plot involving a recently elected Vice President out to save the world, we can expect something both humorous and quirky. 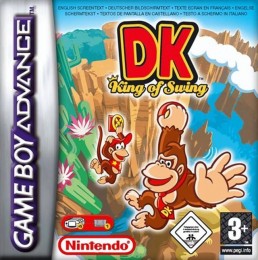 Also on the eShop this week – a trio of Donkey Kong titles on Wii U. As reported during last weekâ€™s Nintendo Direct, Wii classic Donkey Kong Country Returns launches for Â£8.99 on Thursday with the price rising to Â£17.99 after 29th January. Then thereâ€™s the not-quite-as-classic Donkey Kong Jr. Math (Â£3.49) and the GBAâ€™s DK: King of Swing (Â£6.29). If memory serves, it was criticised upon release due to being on the short side.

Just two other games are due for release this week, and both are for 3DS. They are movie tie-in Big Hero 6: Battle In the Bay (Â£29.99) and block-breaking puzzler Hazumi (Â£3.20) which Nintendo Life rather enjoyed.

As for discounts, highlights include Super Toy Cars on Wii U for Â£3.49 and 3DS RPGs Shin Megami Tensei IV and Conception II: Children of the Seven Stars for Â£11.69 and Â£13.49 respectively. A bunch of titles from EnjoyUp are reduced too, but nothing that hasnâ€™t been reduced numerous times in the past. That said, at 99p on-rails shooter VAN HELSING SNIPER ZX100 might be worth a look – Nintendo Life recommended waiting for the price to drop on this one.