Although not overly fond of the first two Dead Island games, weâ€™re still willing to admit that they had their virtues. Namely, the weapon crafting and the ability to slay zombies with others online. This spin-off does away with these (debatably) redeeming features to allow for a slower paced single-player adventure. Itâ€™s an incredibly unstable payoff that only benefits developer Fatshark.

This is a very simple and straightforward affair, all aspects of which are outdated by even the eight year old Xbox 360 launch title Dead Rising. Usually no more than five zombies are on screen at once and lead character Cliff weilds just four different weapons during the story’s six to seven hour duration – pistol, shotgun and two melee weapons. Although each can be upgraded the “improvements” are either minimal or non-existent. The pistol, for instance, gets a silencer but even so enemies are still alerted to Cliffâ€™s presence as soon as a bullet hits its target. At least the shotgun is satisfying to use – a slowdown effect occurs when delivering an up close shot to the chest. Considering ammo is easy to find and most zombies simply run up to Cliff at at comically rapid pace, this mildly pleasing effect is a regular sight. 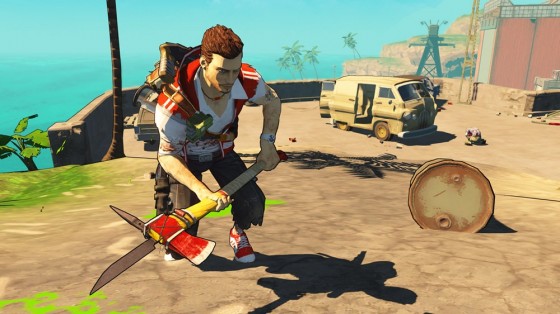 The sun drenched setting is alluring enough too. Like previous games, missions take place in marinas, sandy beaches, dense jungles and holiday villas ripe for pillaging. The new cel-shaded visual style however is less alluring – at times it resembles something from the last generation. By which we mean the 32-bit era. Far off enemies look like stick men, hobbling around with broken animation cycles and all.

No attempts are ever made to scare or induce tension, and even if Fatshark tried we seriously doubt that they could have pulled it off due to general ineptitude. A fine example: zombies can be stealth killed even long after they’ve spotted Cliff, simply by crouching and attacking from behind.

A makeshift base on top of a mountain – the island’s focal point – provides a hub of sorts. Traversing through the mountain’s tunnels is a painstaking task that has to be endured several times. Once scaled though the surrounding areas can explored at will. Well, all areas aside from the islandâ€™s not-so-secret laboratories. As a journalist out to make his father proud (Cliff has some â€˜daddy issuesâ€™) the bulk of the mission objectives entail tracking down key cards thatâ€™ll allow entry to the labs, all while collecting as much evidence as possible in regards to the zombie outbreak. 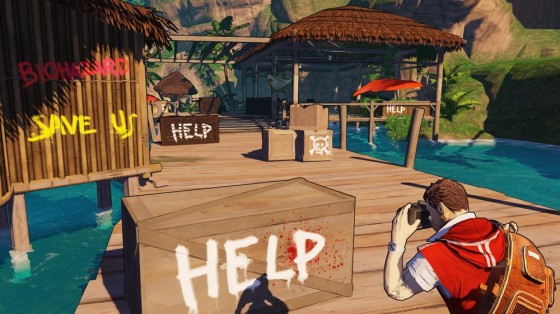 This is where the photography aspect comes into play. It speaks volumes that the developers couldnâ€™t even get this shamelessly pilfered idea right. There are over 80 different sights to snap but there are no checklists to speak of or any indications as to whether thereâ€™s anything of interest in the vicinity. To make matters worse, any photos snapped between one checkpoint and the next arenâ€™t saved, so if you die they have been taken all over again. This also applies to the insane amount of collectables.

Which brings us on nicely to the next issue – irregular checkpoint placing. Cliff canâ€™t take much damage at all so death comes both quick and often. All too frequently youâ€™re forced to watch a previously viewed cut-scene or crawl through the aforementioned mountain tunnels to get back to where you left off. These tunnels are meant to be in lieu of loading screens – while crawling through them the screen routinely freezes for a few seconds while the next area loads. In one instance it crashed altogether, so we guess we can add being technically inept to Escape Dead Islandâ€™s list of gaming crimes too. 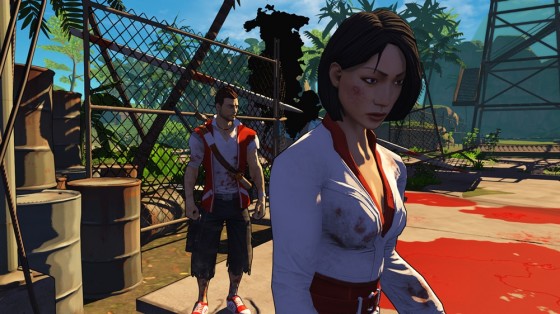 Most missions end with Cliff blacking out, prompting a visit to a surreal dream world before â€˜magicallyâ€™ reappearing at the mountain top base. We think Fatshark was aiming for a Spec Ops: The Line style approach here, trying to highlight the psychological effects of the surrounding sights and sounds. Itâ€™s a nice enough idea but one that ends up being something of a garbled mess, especially towards the end of the game where these sections become more frequent. By this point weâ€™d given up with the photography element altogether and simply found ourselves running past zombies to get to the next checkpoint. Coincidentally, this is the same tactic we eventually resorted to when playing previous Dead Island games.

The fact that Escape Dead Island exists isnâ€™t a mystery – the first two games were huge sellers and itâ€™s usually older consoles that receive series spin-offs developed by different, lesser known, studios. What is a mystery though is why publisher Deep Silver would want to sully the franchise’s risible reputation further prior to the release of Dead Island 2. We dare say that after the disappointing Riptide this next-gen sequel is going to be something of a hard sell to many, and thatâ€™s despite the fact that the highly competent Yager are at the helm. Escape Dead Island does nothing but make Deep Silverâ€™s job of restoring consumer faith in the series even harder.