Thereâ€™s something of an unexpected theme connecting this week’s Nintendo eShop new arrivals – the murky underworld of the depths below us. Say “hello” to Chariot, Underground, Dig Dug and Lode Runner.

We reviewed the Xbox One version of Frima Studioâ€™s co-op platformer Chariot (Â£13.49) back in October before giving it another mention in our â€˜2014: Ten you may have missedâ€™ feature. It was awarded an 8/10 but we warned that it requires commitment – itâ€™s no walk in the park, with some levels taking a good hour to finish. 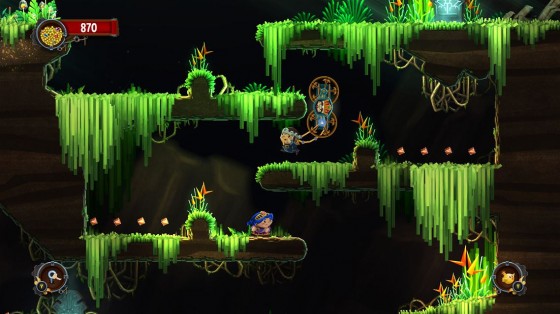 Youâ€™ll need a friend and a comfortable cushion for this one, thatâ€™s for certain. â€œFor those with both time and patience, Chariotâ€™s colourful rollercoaster ride of royalty and riches is one to considerâ€ concluded our review.

Then we have Underground (Â£15.99), a puzzle game with an unusual history. It began as a Wii title intended to teach medical professionals laparoscopic surgery motor skills, and was developed in conjunction with a special controller resembling laparoscopic equipment. The Wii Uâ€™s GamePad does away with the need for this, but is still compatible for those wishing to sharpen their surgery skills. Where it’s available to purchase from, we simply do not know. 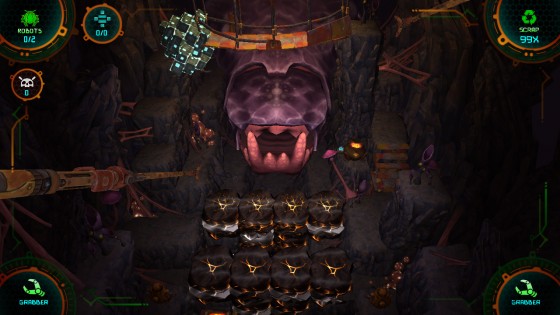 The game itself sounds like a top-down iteration of Lemmings. Kind of, anyway – the two lead characters gather resources and send out robots to construct bridges, stairs and more to safely traverse underground environments.

Itâ€™s Dig Dug that leads the way on Virtual Console this week. Namcoâ€™s classic arrives on Wii U for Â£3.49, as does Lode Runner. Both are conversions of the NES versions. 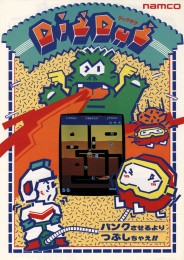 On 3DS meanwhile thereâ€™s yet another full price digital release from Activision – Teenage Mutant Ninja Turtles (Â£29.99). It appears that itâ€™s the movie tie-in the publisher slipped into stores during the summer. It had such a muted launch that copies are now quite hard to find – we recall seeing it just once â€˜in the wildâ€™. This doesnâ€™t mean that you should go ahead and pay Â£30 for it, of course.

A bunch of bits and pieces round the week off – the Crunchyroll app hits Wii U on Thursday while Game & Watch, Super Mario (Wooden World) and Legend of Zelda: Skyward Sword: The Impending Battle themes arrive on 3DS for Â£1.79 each.