When first presented with one of Telltaleâ€™s episodic adventures we compared the Â£3.99 asking price to that of a cinema ticket, due to the price: length ratio.

A similar comparison can be made with this snow covered side-scroller, albeit with the price of a new DVD – it too costs just over Â£10 and provides around 2-3 hours of entertainment. And just like a DVD, it has a wealth of bonus content that complements the main feature perfectly, helping to extend its worth somewhat.

Never Aloneâ€™s background alone is remarkable – it comes from a development team comprising of Alaska Native elders and storytellers, plus industry veterans who have worked on numerous well-known titles. The story it tells comes from Alaskan Native folklore, detailing the unlikely friendship between young IÃ±upiaq girl Nuna and an Arctic fox. As they traverse harsh Alaskan environments, varying from coastal villages to snow covered forests, they face danger on more than a couple of occasions. A case of sheer survival more than anything, the story makes for a compelling adventure. 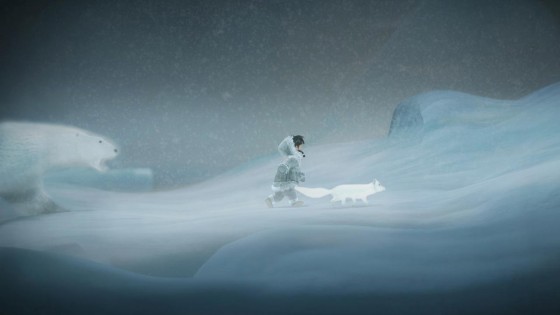 Due to size and stature Nuna can only run or use whatâ€™s around her to escape danger. Likewise, the fox is too small to harm attackers directly. We found this non-confrontational nature to be surprisingly appealing, with each threat requiring a degree of thought to outwit. Fans of fellow indie hit Limbo in particular will notice familiarity within the physic-based puzzles.

Itâ€™s not long into the proceedings that Nuna gains a bola formed of glowing rocks. By flicking the analogue stick back and forth this hunting tool can be used to knock down walls of ice and other obstacles. An aiming guide would have helped hugely as in most instance it takes around three throws to eventually hit a target. Perhaps the developers were looking for authenticity here? Youâ€™d have to be a crack shot to hit a target every time, after all.

Nunaâ€™s canine cohort meanwhile is able to control of the flow of ghostly spirits. Once in place they can then be leapt on to reach higher areas. If the fox strays too far though then these ghostly makeshift platforms vanish, leading to the occasional unfair death. This problem is more than likely to occur when playing with another – on your lonesome the other character is controlled by AI, and usually heads to where theyâ€™re needed where they then wait for intervention. 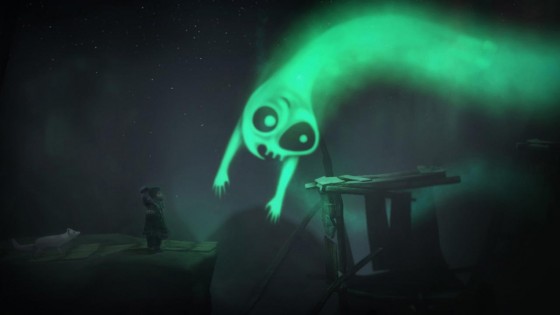 Sensibly placed checkpoints and non-existent punishments for failure also help to keep frustration low. We did however come across a few irritating glitches; Nuna fell through walls on two occasions, while one in-game cut-scene glitched so badly all we could see was Nuna floating through space. Although the story is a vivid one, weâ€™re confident in saying that space travel isnâ€™t involved.

Vivid, but sadly over all too soon. Once the story comes to a close reasons to return are few as the vast majority collectable items – which unlock cultural insights videos – are placed in clear view. This also cuts scope for exploration short – by our estimation, only 2 of the 24 collectables are missable. As suggested in the opening paragraph though, the unlockable extras do help to round the package off, with each video containing a surprising amount of educational value – something seldom seen in this industry.

Indeed, culturally rich experiences that both educate and entertain donâ€™t come around often. This makes Never Alone a more than worthy way to spend an evening.