Last month publishers were clambering over one another to get their games onto store shelves. This month? The final retail release of the year was in fact launched last week. So let’s take a look at this week’s downloadable offerings, shall we?

The timing for console renditions of Risk and Trivial Pursuit couldn’t be any more perfect. Whatâ€™s more festive than getting friends and family around for a friendly, and instantly familiar, multiplayer game? Itâ€™s not hard to imagine Risk being the more exciting of the two. Thatâ€™s out on PS4 and Xbox One, priced at Â£11.99, while Trivial Pursuit Live! (to use its full name) is out on Xbox One and Xbox 360, also priced at Â£11.99. The PS4 version appears to be coming later. 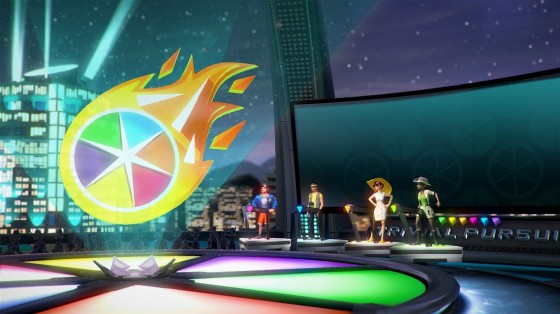 Trivial Pursuit Live! is one we’d approach with caution. We spent some time with the recent Xbox One iteration of Monopoly and found it to be too tedious to even write about. The card-based Monopoly Deal didnâ€™t impress us much either. The core concept is sound enough but having to wait for online opponents to play their hand is monotonous to the extreme. All we could hear through our headset was players telling one another to hurry up.

Anyway, we digress. After appearing on handhelds last month Ubisoftâ€™s Tetris Ultimate paves its way onto both Xbox One and PS4. Reports suggest it runs poorly on PS4 – menus are said to stutter and the controls are unresponsive to the extreme. Until a patch is released, it’s best to avoid it. We’re unsure as to how the Xbox One version performs.

Edge of Realityâ€™s grizzly FTP shooter Loadout also launches on PS4 while futuristic racer Switch Galaxy Ultra (Â£11.99) heads to PS4 and PS Vita with Cross-Buy support. A couple of people who worked on the original Wipeout have lent their talents to it. A few more details can be found over on the PS Blog.

The newly released PS3/PS Vita version of Resogun (Â£9.99) features Cross-Buy support too. From the looks of things, if you own the PS4 version you’ll be entitled to these new iterations for free. Another making a belated appearance on PS3 is Metal Gear Solid 4: Guns of the Patriots (Â£15.99). Why Konami hasnâ€™t released a digital version until now isnâ€™t clear but it more than likely has something to do with the 26.6GB file size.

Also on PSN this week: the Frequency/Amplitude alike Cosmophony (Â£3.29 – PS3), Trine Enchanted Edition (Â£9.99 – PS4) plus PS Vita titles Oddworld: Munchâ€™s Oddysee HD (Â£7.39) and Fieldrunners 2 (Â£7.99). A Trine bundle – containing Trine Enchanted Edition and Trine 2: Complete Story – is also arriving on PS4 this week, priced at Â£19.99. The Wii U version of Trine 2 is one of our favourites for the system, so we have no qualms recommending it to PS4 owners. 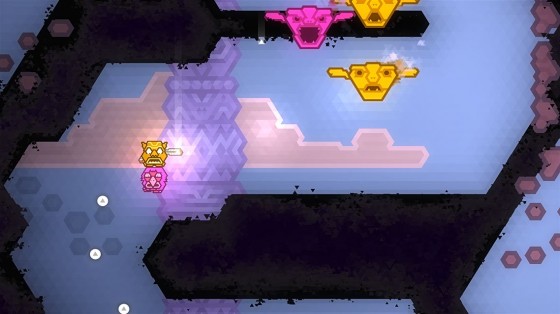 Finally, thereâ€™s Kalimba on Xbox One. Developed by the Max: Curse of Brotherhood studio, this 2D platform puzzler has a focus on two player co-op. IGN gave it 7.4 earlier this week. â€œThe plain presentation of Kalimba shouldn’t turn you away from the originality and fun harnessed locked within this puzzle-platformerâ€ they said.

Next week: Another assortment of super mystery downloads