Itâ€™s a toss-up between Phoenix Wright: Ace Attorney Trilogy and Rune Factory 4 as to whatâ€™s the highlight of this weekâ€™s eShop schedule. Sorry, Wii U owners – you have to make do with a couple of new Zen Pinball 2 tables.

Phoenix Wright: Ace Attorney Trilogy launches Thursday for Â£24.99, offering re-drawn graphics and newfangled 3D visuals. The iOS trilogy reviewed well when it arrived last year, and with most Phoenix Wright games hard to find for anything less than a tenner (even second hand) the asking price seems reasonable enough.

The US version, incidentally, has the option to switch to the Japanese version (Gyakuten Saiban 123 Naruhodo Selection) but we arenâ€™t sure if this feature is present here. 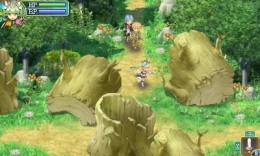 Rune Factory 4 (Â£24.99) is another one of those games that wouldnâ€™t have seen a European release at all if it wasnâ€™t for the eShop. Indeed, fans of the cult RPG series were pleased to hear of its impending arrival. For those not aware, itâ€™s a spin-off from the Harvest Moon series, mixing farming with fighting.

IGN gave the US version a well-deserved 8.0 late last year. The press release mentions itâ€™s designed for beginners and series veterans alike, so itâ€™s (probably) safe for newcomers to get their hands dirty with this one.

Battleminer (Â£5.99) sounds slightly more promising, seemingly a combination of Minecraft and the Spectrum classic Ant Attack. Sticking with the retro vibe, Fairune (Â£2.39) is an 8-bit style RPG starring a female lead. Thatâ€™s being joined by puzzler sequel Pyramids 2 (Â£3.96) which includes a level editor with the ability to share creations. 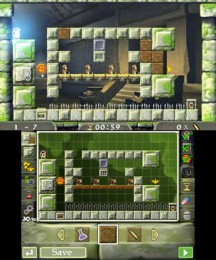 Over on the Wii U thereâ€™s the aforementioned Zen Pinball 2 tables. Specifically, South Park Pinball (Â£3.99), the Marvel Venom Table (Â£2.39) and the four-strong Core Collection (Â£7.99), incorporating Secrets of the Deep, Biolab, Rome and Pasha.

Then thereâ€™s Tested with robots!, a 2D platform/puzzler arriving at an eyebrow-raising Â£9. Have a look at this trailer and tell us if your eyebrows go through the roof too.

This leaves us with this Thursdayâ€™s price drops. Presuming the likes of Monster High: 13 Wishes and Barbie Dreamhouse arenâ€™t on your â€˜to buy listâ€™, highlights include Resident Evil Revelations (Wii U – Â£11.99/3DS – Â£8.49), JRPG Conception II: Children of the Seven Stars (Â£17.99), Resident Evil: The Mercenaries 3D (Â£3.59) and apparently not too shabby â€˜Metroidvaniaâ€™ adventure AeternoBlade (Â£5.40). The Resident Evil discounts run until 18th December, so there’s no need to rush.