Although there are a fair few games heading to the Wii U and 3DS eShop this week, itâ€™s debatable as to how many will be of interest. It really is an odd little assortment.

Big Benâ€™s WRC FIA World Rally Championship: The Official Game (Â£29.99) is the â€˜bigâ€™ one, we suppose. The 3DS has been around a while now but Mario Kart 7 aside it’s still lacking a truly excellent racer.

We struggle to find a single review but with both beginner and expert difficulty modes it sounds like Big Ben has all the bases covered. Itâ€™s also gracing store shelves this week as a full-price release. 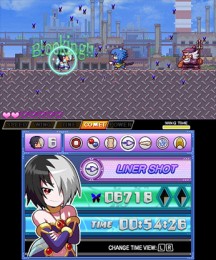 Those who purchased Persona Q: Shadow of the Labyrinth last week will no doubt be pleased to hear free DLC pack â€˜Sub-Persona: Orpheus Telosâ€™ is due Thursday. Shin Megami Tensei IV gets another glut of DLC as well. Prices range from 75p for some â€˜Radiant Equipmentâ€™ to Â£1.59 for whatever the â€˜Sub-Persona: Thanatosâ€™ pack is.

A Urban Trial Freestyle demo is due out on 3DS too, while the Wii U gets a demo of Sonic Boom: Rise of Lyric. Now thatâ€™s something we never expected to see.

Thereâ€™s only one new Wii U game arriving this week. That game is Cake Ninja 3: The Legend Continues (Â£4.49). It sounds like itâ€™s a clone of Fruit Ninja, only with one obvious difference. We canâ€™t even find a single screenshot, yet alone a review. 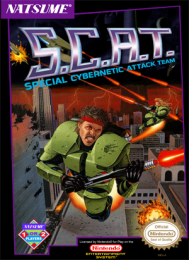 Even this weekâ€™s Virtual Console offerings are a peculiar bunch. Natsumeâ€™s Shadow of the Ninja and the unfortunately named S.C.A.T. head to both Wii U and 3DS, priced at Â£3.49 on the former and Â£3.59 on the latter.

Both are NES titles – Shadow of the Ninja was known as Blue Shadow in Europe while the Game Boy version ended up becoming a Ninja Gaiden spin-off. S.C.A.T. meanwhile was known as Action in New York in both Europe and Australia. The names of the two main characters were also changed from Arnold and Sigourney to Silver Man and Sparks, presumably to avoid Natsume being landed with a lawsuit.

The Wii U also gets Crash ‘n the Boys Street Challenge. Part of the Kunio-kun series, this NES title comprises of a series of urban sporting events. It was never released in Europe originally, so this VC release is most welcome.

As for the weekâ€™s discounts, highlights include DuckTales: Remastered on Wii U (Â£5.99) plus 3DS titles Shin Megami Tensei: Devil Survivor Overclocked (Â£9.99) and Epic Mickey: Power of Illusion (Â£8.99). Additionally, Crash City Mayhem falls to Â£6.99. Reviews of this Runabout sequel were pretty decent upon release. Itâ€™s not the longest game in the 3DSâ€™s library but at that price its shortness can now be excused.