Top up your eShop accounts – itâ€™s another busy week for new arrivals on Nintendoâ€™s download services. Weâ€™re also going to use this opportunity to remind Wii U owners to check their Nintendo Network Premium Account – the 31st December deadline for earning points is quickly looming.

Our man Jake wasnâ€™t too impressed when reviewing the iOS version of Tengami earlier this year: â€œItâ€™s a slow moving game â€“ literally. Literally literally. The protagonist walks at a leisurely saunter, which is in-keeping with the tone, but with fairly sparse landscapes doesnâ€™t do much to keep your mind occupiedâ€.

Paper Monsters Recut may be the better option, even if it does look a little generic:

Theyâ€™re joined by LEGO Batman 3: BEYOND GOTHAM. At Â£44.99 however youâ€™d be best off pre-ordering a copy online. The 3DS version – also due on the eShop this Friday – is rather expensive too, priced at Â£39.99. Eek!

If none of these take your fancy then this weekâ€™s Virtual Console releases might – Castlevania Dracula X – aka Castlevania: Vampire’s Kiss – (Â£5.49) and GBA RPG sequel Golden Sun: The Lost Age (Â£6.29). Nintendoâ€™s press release reminds us that those who have finished the first Golden Sun can transfer save data via a password. On 3DS VC meanwhile thereâ€™s Bionic Commando: Elite Forces (Â£4.49). This was in fact both developed and published by Nintendo rather than Capcom. IGNâ€™s review from 2000 is still up, where it was awarded an 8.0. 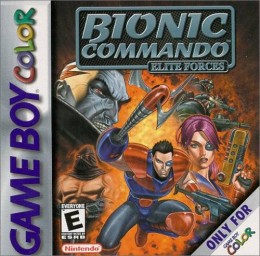 Also on 3DS this week: catwalk simulator Top Model 3D (Â£24.99), puzzler PICROSS e5 (Â£4.50) and Vacation Adventures: Park Ranger 2 (Â£4.49) which is another one of those hidden object things. Fishdom (Â£4.49) for DSiWare sounds like a hard sell too – itâ€™s yet another match-3 puzzler, albeit one that gives the chance to customise an aquarium.

As for the weekâ€™s discounts, highlights include AiRace Xeno (Â£1.59), Balloon Pop Remix (Â£4.99) and VAN HELSING SNIPER ZX100 (Â£3.77). Perhaps we should have downplayed the emphasis on â€œhighlightsâ€ in that last sentence.

Last, but not least, a quick reminder that Shovel Knight finally arrived on Wii U and 3DS last Friday. Itâ€™s destined to become one of the eShopâ€™s greatest, this. Those who buy it before 13th November get a bonus 3DS theme too. Hereâ€™s the launch trailer:

Want to read more about it? Thereâ€™s an interview with developer Yacht Club Games over on the Nintendo site.