Thereâ€™s yet another strong showing of new titles out this Friday. Some acquired tastes are required for this assortment though.

Xbox One-exclusive Sunset Overdrive blends elements from Jet Set Radio, Tony Hawkâ€™s Pro Skater and Dead Rising to form a vividly colourful shooter. We were worried about the thrills it provides being short-lived, but critics have put those qualms to rest.

Currently it stands with a Metacritic of 82%, including a 5/5 from JoyStiq and 9/10s from Polygon, IGN and EGM. 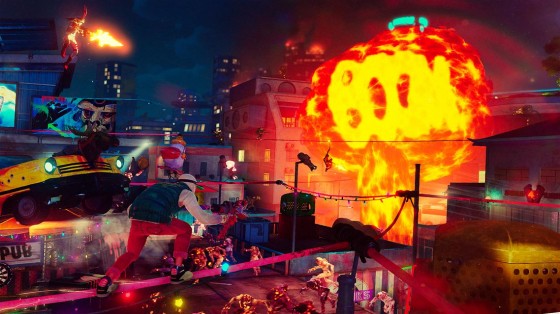 Scores from UK sites have been slightly more reserved however including 6/10 from VideoGamer and 7/10 from The Metro. As Alien Isolation suggested, UK critics tend to prefer brain over brawn while itâ€™s the opposite that usually appeases US critics. Not wanting to tar everybody with the same brush here, you understand.

Critics were in general agreement of Lords of the Fallen being a decent enough hack and slasher. It arrived to a sea of 7/10s earlier this week, with many referring to it as a casual and thus more accessible clone of Dark Souls. 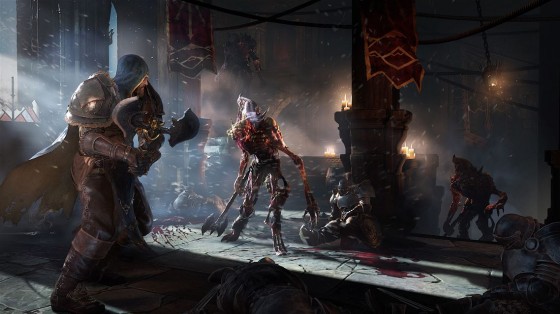 â€œIt has derivative elements, undoubtedly, but theyâ€™re clearly meant as homage and built upon rather than outright aped. Itâ€™s not a showy, flashy, trailer-friendly game…, and itâ€™s not going to set the universe aflame with its functional, stock storyline â€“ but it is immensely compelling all the same,â€ said God is a Geek.

Weâ€™re currently waiting on WWE 2K15 reviews. Weâ€™d wager this has something to do with the PS4 and Xbox One versions not being released until 21st November. WWE 2K14 – the first from 2K Games after taking the reins from THQ – had a decent foundation to build on but while we may not see the series at its full potential on last-gen systems, the upcoming PS4/Xbox One versions could very well be the best the franchise has seen in a very long time.

Sticking with sports, NBA Live 15 dribbles onto PS4 and Xbox One. Apparently it’s a improvement over the dismal NBA Live 14. We wouldnâ€™t get too excited though as IGN reports shortcomings are still numerous. Why EA canâ€™t get basketball right is beyond us.

Over on PS Vita thereâ€™s JRPG Freedom Wars – Sonyâ€™s big winter release for the handheld. Be sure to download the 1.20 patch at launch as it does away with the requirement of an online pass. Early purchasers are also being rewarded with free DLC every week during November.

â€œFreedom Wars and its story-driven RPG action could put PS Vita on the map in a way that previously hyped titles have been unable to do. A few bothersome elements canâ€™t derail an exciting game with a wholly unique premise,â€ said PlayStation Universe.

After several false starts, The Walking Dead The Complete First Season and Season Two should finally be out on PS4 and Xbox One this week, retailing around the Â£25 mark. They’re being followed by The Wolf Among Us next week. 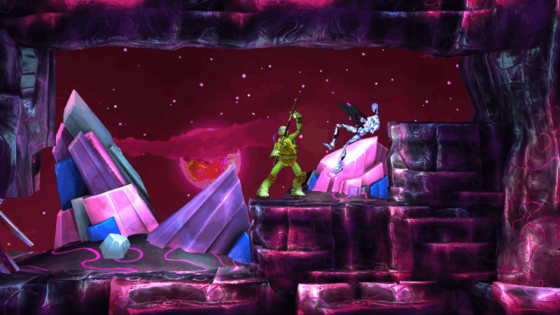 Another budget release due out Friday is Activisionâ€™s Teenage Mutant Ninja Turtles: Danger of the Ooze. Developed by WayForward, and based on the TV series as opposed to the recent movie, this side-scroller is heading to PS3, Xbox 360 and 3DS. No Wii U version, oddly. The quality of WayForwardâ€™s licensed games tends to be incredibly mixed so even at Â£20-odd you should definitely wait for reviews of this one to surface. 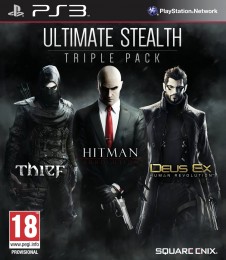 Those sticking with last-gen consoles may be interested in Square-Enixâ€™s new triple packs. The Ultimate Action Triple Pack contains Just Cause 2, Tomb Raider and Sleeping Dogs while the Ultimate Stealth Triple Pack features Thief, Deus Ex: HR and Hitman Absolution. Both packs are Â£18 on Amazon at the time of typing. Thief on its own still sells for around Â£15, so if you’re after that then there’s a deal to be had here.

Over on the download services thereâ€™s the review shy How to Survive: Storm Warning Edition on both PS4 and Xbox One, priced at Â£15.99. The PS3/360 original didnâ€™t fare too well, so think long and hard.

You may need to mull over Costume Quest 2 (Â£11.99) as well, which is out now on Xbox 360, Xbox One and Wii U. The PS4 version was hit by a last minute delay but should be out soon. Eurogamer wasnâ€™t impressed with Double Fineâ€™s take on trick or treating, giving it a mediocre 5/10. GameInformer also found it hard to recommend to anyone who wasnâ€™t evangelical about the original. 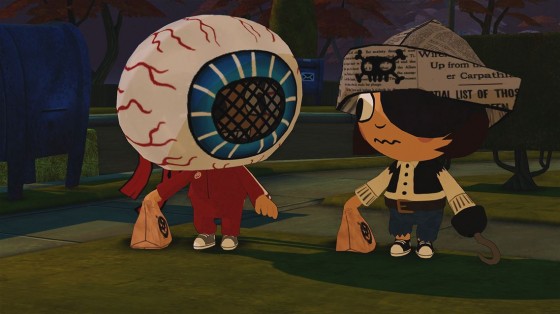 While PS4 owners may have to wait for Costume Quest 2, they do get the surprisingly challenging Chariot (Â£11.99), fast-paced shooter Nano Assault NEO-X (Â£8.99) – the original of which we enjoyed on Wii U – and a belated conversion of The Unfinished Swan (Â£9.99 with Cross-Buy support).

PS3 owners meanwhile get BlazeRush (Â£7.99), Tiny Troopers Joint Ops (Â£4.99) and the new and improved Deadfall Adventures: Heart of Atlantis (Â£15.99). If youâ€™re curious as to what changes have been made to Deadfall thereâ€™s a demo available. We gave the Xbox 360 original 6/10 when it was released late last year.