From first-party exclusives such as Forza Horizon 2 and DriveClub to third-party titles including Alien: Isolation and The Evil Within, Xbox One and PS4 owners have had a lot to get excited about recently. Now itâ€™s time for Wii U owners to rejoice – Bayonetta 2 is finally here.

The first review out of the door couldnâ€™t have been any more encouraging – a 10/10 from EDGE. Since then it has also received top marks from The Guardian, GiantBomb, God is a Geek, GameSpot, Destructoid and a handful of other well-known gaming sites. 9/10s from gamesTM, The Metro and VideoGamer aren’t to be sniffed at either. 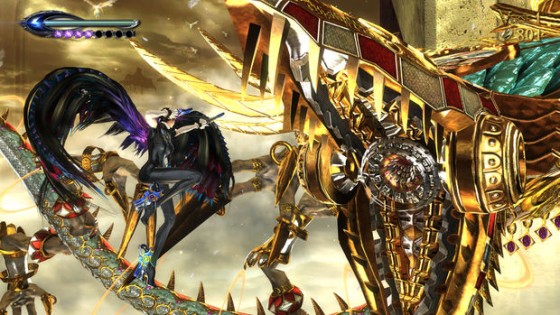 â€œThe worst thing you can say about Bayonetta 2 is that itâ€™s still not much of an improvement over its predecessor, but even that supposed criticism still confirms it as one of the best action games of all-time. Creating Bayonetta 2 may not make much business sense but unlike most sequels today this isnâ€™t a game made for the love of money, but for the love of gaming itself,â€ said The Metro’s GameCentral.

As Wii U owners are no doubt already aware, the original Bayonetta is also being released on Wii U this week as either an eShop download or part of the Bayonetta 2 Special Edition. Eurogamerâ€™s Digital Foundry reports that it holds up incredibly well: â€œWhile it’s not dramatically superior to the original Xbox 360 version, we’d have to give it the nod as the definitive version of the game.”

The Bayonetta double-whammy is currently still in stock at Amazon, priced at a very reasonable Â£39.85 as opposed to the Â£31.85 asking price for the standalone version. If you have some GAME reward points to spend, the standard version can also be had for Â£32.99 from GAME as either a download code or physical copy.

Thereâ€™s another game from Platinum out this week, but whereas Bayonetta 2 is dazzling the critics with its glorious visuals and masterful combat, downloadable cartoon tie-in The Legend of Korra has left many feeling disappointed. 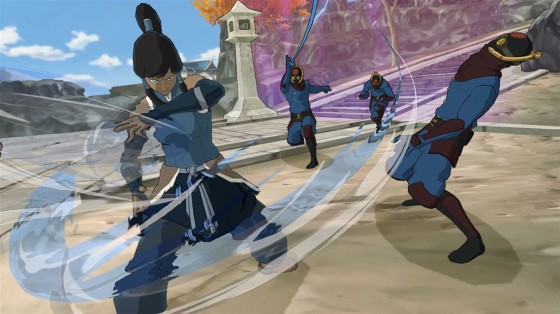 IGNâ€™s review in particular paints a very bleak picture: â€œI have no idea who The Legend of Korra: The Game is for. Itâ€™s definitely not for young fans of Korra, as the combat is too unforgiving, the boss battles too tedious, the economy ridiculously punishing, and the story too weak and lacking any of the showâ€™s charm. Itâ€™s not for older people who enjoy a good action game, because next to contemporaries like Batman: Arkham City, Middle-Earth: Shadow of Mordor, and even Platinumâ€™s own Bayonetta 2, Korra looks terrible with its simple two-button combos and poor combat scenario design. I canâ€™t recommend it to anyone.â€

GameSpot wasnâ€™t impressed either, giving it a miserable 3/10: â€œKorra looks the part on the most superficial level, but possesses not one ounce of the flair and depth that characterize the television series.” 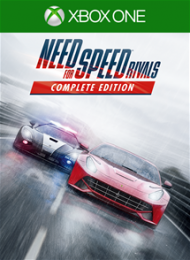 We can only speculate as to what went wrong. With Platinum no doubt busy finishing Bayonetta 2 off, we presume a lack of both time and resources is to blame. Getting two games ready to ship in the same week must be no easy task.

In addition to The Legend of Korra there are a couple of other new arrivals on the download services. Need for Speed Rivals: Complete Edition makes a surprise pitstop on both PS4 and Xbox One while Saints Row IV Game of the Century Edition makes its way to PS3 via PSN for Â£19.99. Nothing like blowing your own trumpet, eh?

Curiously, two Disney games are out this Friday as well – Disney Fantasia: Music Evolved on Xbox One/Xbox 360 and Disney Magical World on 3DS.

Disney Fantasia: Music Evolved comes from the home of Dance Central – one of the few games worth buying a Kinect for. This too is Kinect only, which does worry us about how well itâ€™s going to sell. Reviews suggest that it deserves to do well though, with critics finding much to enjoy. â€œFantasiaâ€™s diverse music selection, beautiful realms, and blended co-op mode, combine to create a great new experienceâ€ said IGN, who conjured up an 8.6.

Joystiq on the other hand gave it 4/5: â€œIf you have an Xbox One and a Kinect, you should have Fantasia: Music Evolved in your library, not only because it’s the thing that shows off how well your Kinect can work, but also because it’s an immediately accessible and fun party game.â€ 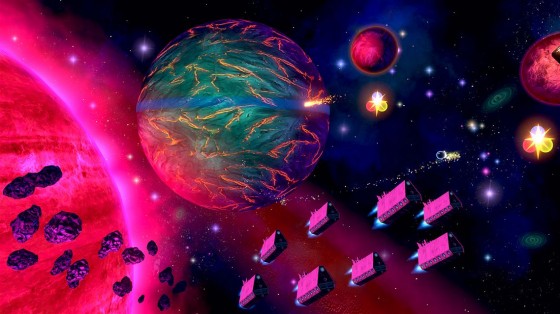 A demo is available now for both Xbox 360 and Xbox One. Dust off your Kinect – you may be surprised.

With some favourable comparisons to Animal Crossing, Disney Magical World has also been getting good reviews. â€œIf youâ€™re beginning to get burnt out on Animal Crossing and youâ€™re seeking something similar that also manages to feel fresh, Magical World is the perfect way to start a new life once againâ€ said Nintendo Life who gave it a glowing 8/10. Pocket Gamer meanwhile gave it a 7/10: â€œFor more seasoned gamers, Disney Magical World might be a pleasant surprise. For kids, it could feel genuinely magical.â€

Also out on 3DS this week – Power Rangers Super Mega Force. Itâ€™s yet to be reviewed, but I think we all know how this one is going to turn out.

Another currently review shy is Invizimals: The Resistance on PS Vita. Invizimals: The Alliance was only released in March, so we assume this will offer a similar good-but-not-quite-great experience. 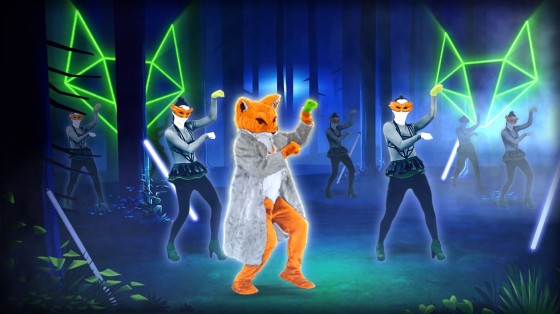 Going back to all things musical, Just Dance 2015 and Singstar: Ultimate Party are ready to turn your gaming room into some bizarre gym/disco hybrid. A disco gym – we should patent that.

Packing over 40 hits, Just Dance 2015 brings back ‘World Dance Floor’ and ‘Autodance’ modes. Community features meanwhile allow videos to be shared online. It’s out this Friday on every console going – even the Wii.

Singstar: Ultimate Party – out on PS3 and PS4 – boasts of even more comprehensive community features, including the ability to share photos and videos on Twitter and Facebook. It doesnâ€™t require microphones either – smartphones can be used as mics, ingeniously.

Just Dance 2015 can be found for around the Â£25 mark on older formats and Â£30 for those shiny and new. At around Â£20, Singstar: Ultimate Party is cheaper still.

So far weâ€™ve had two games from Platinum, two Disney games and two rhythm-action titles. Now how about two games with the word â€˜Warriorâ€™ in their name? Presenting Samurai Warriors 4 and Shadow Warrior. What an odd week for new releases this is.

Reviews for Samurai Warriors 4 have been surprisingly strong, including an 8/10 from Destructoid: â€œSamurai Warriors 4 suffers from the same pratfalls as the rest of the Warriors series on occasion, but the strong offering of content and robust Chronicle mode will keep you interested for quite a while. If you have a friend available to play with locally or online as well, you can expect to play even longerâ€. An anime edition is also available, including a Blu-ray and bonus â€œold costumes 2â€ DLC. 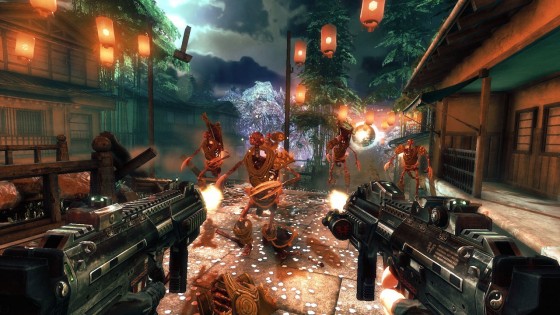 Weâ€™re still waiting on reviews for Shadow Warrior on PS4 and Xbox One – a reimagining of 3D Realms’ cult classic shooter – but with a Metacritic of 73% for the PC version we should probably expect a mixture of 6/10s and 7/10s. A sub-Â£30 price tag could sway things.

This leaves us with MX Vs ATV: Supercross – Nordic Games’ reboot of the once popular THQ franchise. Nordic went out of their way to round up developers who worked on the previous MX Vs ATV games, which is encouraging, but with a lack of reviews and a Â£20-Â£25 price tag we admit to having concerns.

Nordic Games recently acquired the THQ trademark for publishing use. Shame they couldnâ€™t get it plastered over this – it may have helped shift a few extra copies, especially in the US.