Weâ€™re unsure whether Microsoft releasing Project Spark during gamingâ€™s silly season is a sensible idea or not. With so many big name releases out will many gamers have both the time and patience to sit down and experiment with a game creation tool? On the flipside, the evenings are quickly drawing in – winter is the perfect time of year to get cosy and spend hours sat on the sofa with a joypad in hand. While making our first game in Project Spark – the aptly named Super Goblin Bash – we were left captivated in a manner that only the deepest of RPGs can match.

And yes, you can indeed create RPGs in Project Spark. Platformers of both the 2.5D and 3D variety as well, along with first-person shooters and twin-stick shooters. In actual fact, pretty much anything can be created. We even tried out somebodyâ€™s rendition of the board game Reversi. 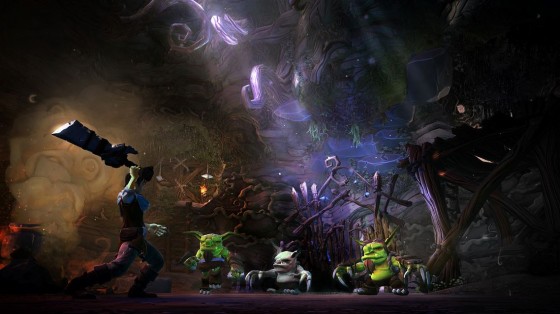 For those not willing to cough up some cash however the limits arenâ€™t quite limitless. The free to download version is restricted to the Fable-esque fantasy/woodland props, character models and landscapes. It does at least contain all the standard features such as the easy-to-follow tutorial. Coins earned by completing challenges – such as sharing your first creation online – can also be used to buy additional props in the Marketplace. On top this there are gold bars which start at Â£3.99 for a bundle, used to unlock more substantial items such as playable characters that level-up through use.

While it makes sense for Microsoft to release Project Spark for free, giving those even with a mere passing fancy a reason to try it, logic dictates that the majority of games created will use the freebie items. Our worry here is that this may – potentially, at least – put people off trying lots of different games. When searching through playerâ€™s creations they tend to all look and sound rather similar. 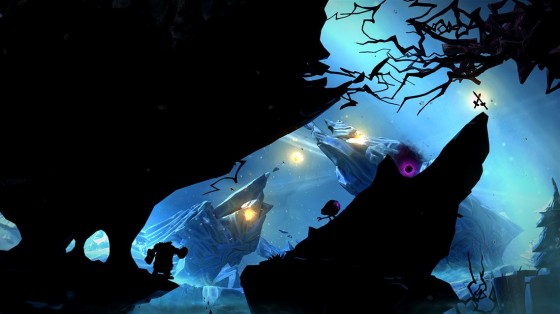 Itâ€™s a bit of catch 22 situation, really. Thankfully it doesnâ€™t impair the experience Project Spark offers. This is a polished and wholly comprehensive package, and one that holds your hand gently while showing how to get a basic game up and running. Templates take care of things like character movement, combat and camera positioning, all of which can then be fined tuned afterwards. Coating landscapes with trees, buildings and whatnot meanwhile and is no more complex than messing around in Minecraft. Speech bubbles, cut-scenes, and on-screen instructions are easy to add to a creation too.

Now hereâ€™s the slightly tricky part. Every object is powered by a â€˜brainâ€™ which contains â€˜kodeâ€™. Koding (as itâ€™s known here) is broken down into â€˜whenâ€™ and â€˜doâ€™ instructions chosen from an assortment of pre-selected tiles – when X happens, do Y. Some experimentation is required but fortunately itâ€™s possible to test out creations at any time to make sure everything is working as it should. Another way to learn the ropes is to remix other peopleâ€™s creations, and by studying their work – their koding, especially – youâ€™ll get to see exactly what makes things tick. 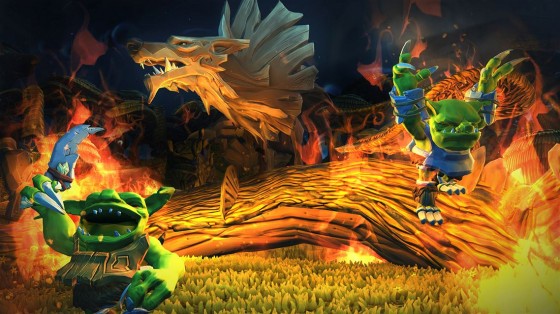 Failing that thereâ€™s the community to fall back on. With a long running beta behind it, Project Spark has already massed a highly knowledgeable workforce keen to share ideas and help others via the official forum. Itâ€™s by the community that Project Spark will live and die. No good will come from people filling Microsoftâ€™s severs with unfinished and sloppy creations. Developers Team Dakota seem to be well aware of this and have put a rating system in to try and sort the wheat from the chaff.

Checking back regularly to see how well our own efforts were performing proved to be oddly compelling. The first time somebody downloaded one of our creations it felt like a genuine achievement, and we arenâ€™t talking about the kind that boosts your Gamerscore. 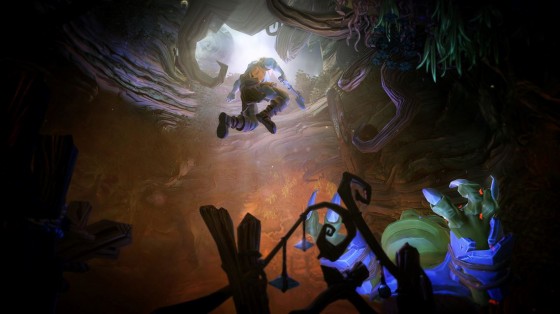 An XP system holds the package in place, with the titular Spark – which acts as your guide to the world – rising up the ranks by completing daily, weekly and general challenges. The playable Champion characters, which range from a talking goblin to a feisty female bandit, help to give the package further personality and can also be used during Crossroads: The Heroes Quest – a short multi-choice adventure thatâ€™s yet another example of what can be created if you put your mind to it.

Deep and complex games do take an incredible amount of time and patience to create. The fact that Minecraft players appear to have plenty of both bodes very well for Project Sparkâ€™s future.