Those who have remained loyal to the last generation of consoles are this week rewarded for their loyalty with Borderlands: The Pre-sequel! and F1 2014.

Why are there no Xbox One or PS4 version of these two? Codemasters claims that they want their current-gen debut to be something spectacular, and with games for this generation taking a good two to three years to develop – hence why weâ€™ve seen half a dozen remasters and remakes this year – that spectacular something is still a while off. As for Borderlands, 2K Games believes that the majority of Borderlands players still play regularly on their last-gen systems. Although that may have well been the case when this prequel was announced back in April, we expect that quite a few players have now jumped ship to PS4 and Xbox One. Next weekâ€™s chart will tell, we guess. 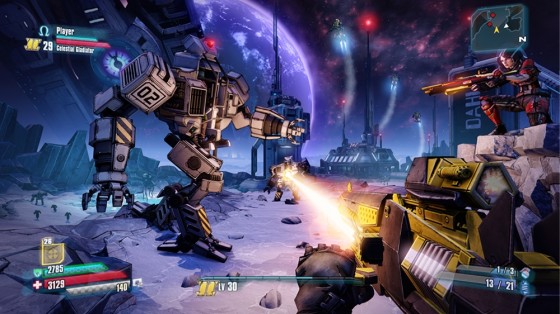 Borderlands: The Pre-sequel! certainly deserves to sell well. God is a Geekâ€™s review is well worth a read, giving 2K Australiaâ€™s take on the cel-shaded shooter an 8/10. Eurogamer meanwhile handed out a 7/10, saying that it â€œdoes what it had to do but not much more.â€ The price tag may help to sway a purchasing decision – itâ€™s available online for around Â£30.

Praise hasnâ€™t been quite as forthcoming for F1 2014. What should have been a step forward for the constantly improving series is in fact a step backwards according to Eurogamer. â€œWhen an entirely inconsequential one-lap tutorial is being touted on the back of the box as a standout new feature, you know it’s slim pickingsâ€ they said while damming the lack of new content. VideoGamer enjoyed it a little bit more, giving it a 6/10 as opposed to Eurogamerâ€™s 5/10, but still felt that itâ€™s a stop-gap product with lots of recycled content. 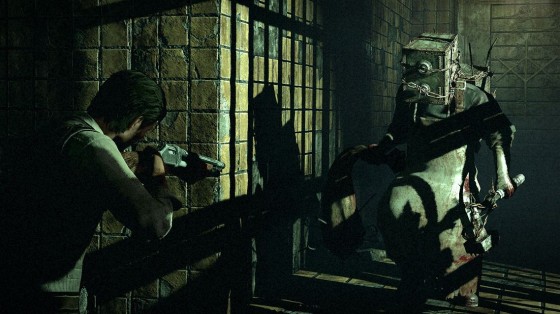 PlayStation 3 and Xbox 360 owners can also indulge in The Evil Within this week, which launched on consoles both old and new on Tuesday. Just about everybody who has experienced Shinji Mikamiâ€™s new survival horror claims that itâ€™s the game that Resident Evil 5 should have been. â€œEvil Within grafts Resident Evil 4’s gold standard survival action to a far less forgiving worldâ€ said The Official Xbox Magazine UK. IGN also fell for it hard: â€œWhile its story ends up buckling under its own ambition, there is little here that takes away from the joy of experiencing survival horror under the steady hand of a master of the craft.” They went on to give it a resounding 8.7. 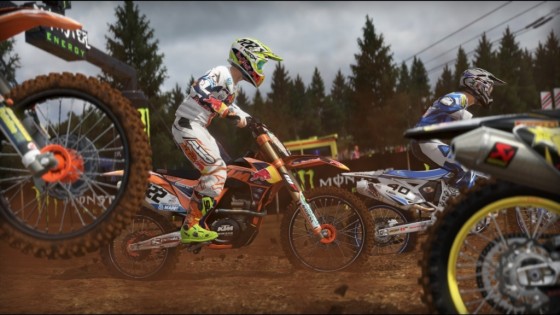 The rest of the weekâ€™s retail releases are a bit of an odd bunch. MXGP – The Official Motocross Videogame makes a belated pitstop on PS4, boasting of four new tracks and textures four times as detailed over the PS3 original. It sounds like a degree of effort has gone into the conversion, but whether it’s enough to justify the Â£49.99 price tag we cannot say.

On 3DS and DS meanwhile thereâ€™s the budget priced fairy adventure Winx Club: Saving Alfea while Petz Countryside and Petz Beach hit the 3DS courtesy of Ubisoft. Speaking of budget games, Sniper Elite V2 and Payday 2 arrive on the PS3 Essentials/Xbox 360 Classics ranges this week. Expect to pay around Â£15 each. Itâ€™s worth bearing in mind though that Payday 2: Crimewave Edition is due out on PS4 and Xbox One soon. 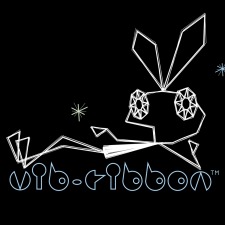 As for new downloads, itâ€™s PSN that â€œwinsâ€ this week on the account of the PSone classic Vib Ribbon making an appearance for a mere Â£3.99. PS Plus subscribers can get 20% off that price for the next week running too. Thatâ€™s being joined by CastleStorm Definitive Edition (Â£11.99), Lone Survivor: The Directorâ€™s Cut (Â£7.99), Peggle 2 (Â£9.99), In Space We Brawl (Â£9.49 with Cross-Buy) and the incredibly dumb sounding TV show tie-in Duck Dynasty (Â£39.99).

The PS Vita on the other hand gets Minecraft: PS Vita Edition (Â£12.99), Muramasa Rebirth Complete Collection (Â£12.99) and the rather perverse Senran Kagura Shinovi Versus (Â£24.99).

The PSN releases donâ€™t end there – the South Park Pinball add-on for Zen Pinball 2 is now available across the board for Â£3.99. By that we mean itâ€™s out on both PSN and XBLA. 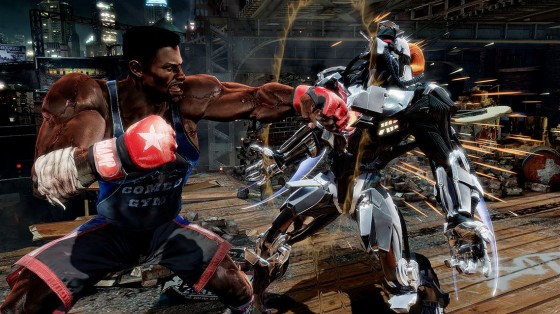 Over on the Xbox One Killer Instinct: Season 2 has kicked off. TJ Combo is available as this seasonâ€™s free character while Maya will set you back Â£3.99. The following six characters are then being wheeled out on a monthly basis, some of which are all-new – Xbox Wire reports that we can expect â€œan ancient Babylonian sorcerer, an avenging ghost, a battle-hardened war golem, and more.â€ Season 2 also includes an enhanced interface, a new progression system and a resolution boost from 720p to 900p. Result!