We have in our hands the final issue of Futureâ€™s Official Nintendo Magazine. Issue 114 should be reaching subscribers over the next few days, following last Tuesdayâ€™s announcement of ONMâ€™s closure.

As editor Matthew Castle put it in the magazineâ€™s opening page, this final issue is a celebration of all things Nintendo – the Super Smash Bros. of magazines. Itâ€™s well worth anyoneâ€™s Â£7 (read: Â£4.50). 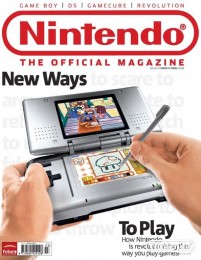 Features include â€˜Review of the futureâ€™ in which upcoming big name games are handed some very tongue-in-cheek in early verdicts, and also the second part of their ‘Top 200 Nintendo Games of All Time’ rundown. Issue 113 looked at the top 100 third-party Nintendo games; this time round itâ€™s first-party titles that get their time to shine.

As for reviews, Super Smash Bros. on 3DS, Bayonetta 2, Disney Magical World, Stealth Inc. 2: A Game of Clones and a handful of other eShop offerings have critical eyes cast over them.

The magazine ends with a photo shoot of the (first and last) clean-up of the ONM office, along with a â€˜Making of…â€™ the first ever issue from 2006. The final page is something of a surprise – we wonâ€™t spoil it for you, although if you frequent Twitter then you may already be aware of what it is.

ONM isnâ€™t the only magazine being sent off to the giant recycling bin in the sky. The current issue of the multi-format GAMER (nÃ©e 360 Gamer) is also the last. From now on itâ€™ll only be available as a digital download for tablets and whatnot.

Just as one door (well, two doors) close however, another opens – next week sees the launch of 110% Gaming. Aimed at pre-teens, it comes from DC Thomson & Co. Ltd – the Dundee-based home of The Beano. Stick a free Wham Bar on the cover and weâ€™ll be smitten.

We wish all ONM staff and contributors the best for future pursuits. Even ‘Smug Aladdin’.