When it comes to polarising reviews thereâ€™s one game that always sticks in our mind – 2010â€™s Deadly Premonition. Low budget yet incredibly ambitious, Access Gamesâ€™ open-world murder mystery received review scores varying from 1/10 to 10/10. Slow paced and cut-scene heavy it certainly wasnâ€™t for everybody, but given time it would shine in a way that few games can. The dark sense of humour, eccentric cast of characters and even key locations stayed with us long after Agent York drove off into the sunset.

D4: Dark Dreams Donâ€™t Die retains the majority of the qualities that made Deadly Premonition such a memorable experience, and thatâ€™s despite the fact that D4 favours sniffing for clues and point-n-click puzzle solving over Deadly Premonitionâ€™s focus on open-world exploration and purposely creaky third-person shooting. 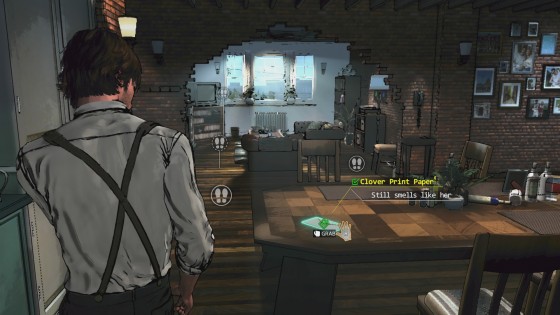 Itâ€™s an equally peculiar experience too. Private detective protagonist David Young shares an apartment with Teddy – an ex-colleague – and also Amanda, a rather eccentric young lady who both dresses and acts as a cat. Described as a freeloader, sheâ€™s also one of Youngâ€™s few links to the outside world – a personal shopper, if you will. Numerous items of food can be purchased from Amanda that top stamina and health, both which are required to prevent Young from fainting on the job.

Youngâ€™s mystery to solve is a personal one. A troubled soul suffering from selective amnesia, he can only remember the final words uttered with his wifeâ€™s dying breaths: â€œLook for Dâ€. Even though present at the scene of the crime, Young cannot fully recall everything that happened that day. Fortunately for him there is a way to relive previously lost memories in the form of mementoes. These are objects that Young has seen before, triggering ways to go â€œbackâ€ in time. Young also believes that he can change the past, but we all know thatâ€™s impossible… right?

Like Deadly Premonition there are a lot of things that donâ€™t make sense to begin with, but as the story unfolds everything falls into place and becomes crystal clear. Well, clearer. 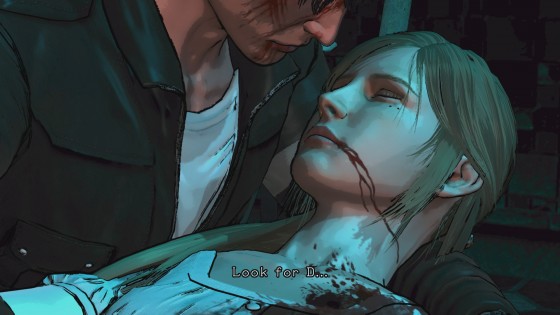 Just like Telletaleâ€™s lucrative adventures, D4 is episodic. Itâ€™s easy to get the impression that Microsoft made this decision late in development. What you get for Â£11.99 is a short prologue that acts as a tutorial, along with two episodes lasting around two to three hours each depending on thoroughness.

It wasnâ€™t until our second playthrough – which bought our play time to around the nine hour mark – that a lot of the finer elements became apparent, such as the extra cases for each main character. The window for completing these cases is small in some instances – progress the plot too far and you’ll miss the chance to sweet talk Teddy into cooking elaborate meals or the opportunity to partake in a multiple choice quiz. Incidentally, we enjoyed D4 a whole lot more on our second play due to picking up on a dozens of things we initially missed. 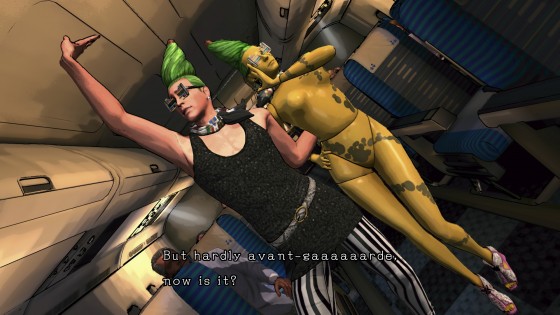 An airplane carrying a criminal in custody provides the setting for both epsiodes. Reports claim that two passengers mysteriously vanished during flight, and so Young is tasked with finding out what exactly happened.

a clear labour of love

This entails slightly tedious rummaging in overhead luggage compartments, and dozens of curious conversations with the passengers and staff on board. From doctors to fashion designers, theyâ€™re an odd bunch and as Young delves into their psyche by asking questions it soon emerges that not everybody is quite who they seem. Young is also interested in knowing more about Real Blood, a new drug craze that could be potentially linked to his wifeâ€™s death.

Once Youngâ€™s investigation is complete itâ€™s then time to round-up the evidence to form a conclusion, and itâ€™s here that certain objects have to be discovered before the story progresses. This task isnâ€™t as tricky as it may sound as thereâ€™s a â€˜detective visionâ€™ overlay that highlights everything that can be interacted with or taken as evidence. Puzzles – one of which is of the sliding block variety – as well as mini-games help to punctuate clue finding, as do the surprisingly humorous QTE sections. 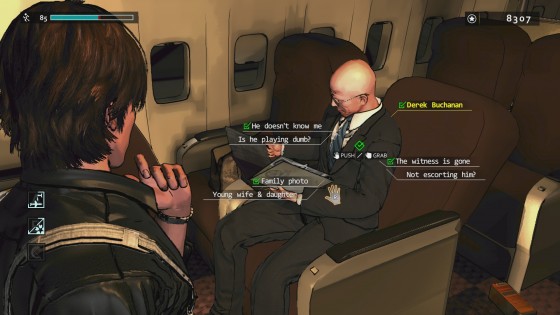 Youngâ€™s apartment can be visited at any time by â€˜divingâ€™ out of the current memory, and itâ€™s here that Amandaâ€™s store can be accessed. Youngâ€™s clothing can be changed too, with some items bestowing additional stamina or health. The range of clothing is actually quite elaborate, further enforcing the fact that Access Games has in put an awful lot of attention to even the most superficial of elements.

Microsoft hasnâ€™t, thankfully, asked director Swery65 to tone down the warped sense of humour in order to appeal to a broader range. This is a clear labour of love, with deep character design and an increasingly intriguing plot. Episode Two does end abruptly, but it also left us wanting to find out where Youngâ€™s adventure takes him next and other eccentric characters Swery65 has created. When those ending credits rolled, we didnâ€™t feel short-changed either as even after our second play through there are still things left to discover. We canâ€™t even recall the last game we started all over again within moments of it ending. If thatâ€™s not lofty praise for D4, we donâ€™t know what is.