There’s a big game out this week. It’s got balls. That’s right – it’s time for the annual sport ball release again, as FIFA 15 is out this week.

Fans of EA’s football series will be pleased to know that FIFA 15 is coming to practically every relevant games system – specifically PS4, PS3, Xbox One, Xbox 360, Wii, 3DS, PS Vita and PC. It seems EA have forgotten about the existence of the Wii U, but at least they remembered the old Wii, eh?

Another interesting title out this week for 3DS is Fantasy Life, from Professor Layton (and Ni no Kuni) developers Level-5. It’s kind of an RPG and Animal Crossing hybrid – in addition to killing monsters and questing, players can take up various professions and live a fantasy life (eh!) as a farmer, carpenter, cook or one of many other trades. It looks quite lovely. 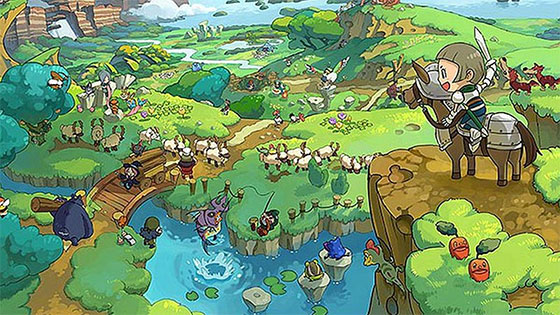 It’s actually quite a busy week on the 3DS release schedule – 2D robot battler Tenkai Knights: Brave Battle and Violetta: Rhythm and Music both come to the 3DS this week, the latter also appearing on Wii and DS. It’s almost like there’s some kind of consumer focused holiday period around the corner.

Another game out this week is AR Nosurge: Ode To An Unborn Star on PS3. As you can see from the screenshot below, it features a bikini-clad girl with a head. It’s a Japanese role-playing game featuring inappropriately dressed girls and lots of battles. With a Metacritic score of 70% it’s apparently not too awful. You have our permission to get it if you want – we won’t judge. 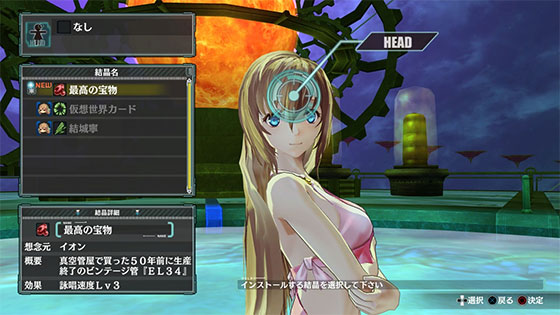 On the PSN, CastleStorm Definitive Edition is a game out this week that you can buy if you feel so inclined. Or you could over pay for the digital version of FIFA 15 if you like the idea of paying more for less?

The Xbox Marketplace also offers CastleStorm Definitive Edition, and there’s creep’em up Slender: The Arrival too, if you like that sort of thing.

All this is kind of irrelevant as Super Smash Bros is out next week!