After a month or so of very little, Image & Form ends the Wii U eShop dry spell with SteamWorld Dig. Although not a new game, its somewhat belated arrival on Wii U is no less welcome.

A heady mixture of Metroid, Mr. Driller and Spelunky, we found the 3DS version very hard to fault when we reviewed it almost a year ago.

Along with a software update on 27th August, Mario Kart 8 is set to receive the infamous Mercedes-Benz DLC. Three free cars are available in total – the modern Mercedes-Benz GLA, the 300 SL Roadster from the 1950s and the 1930â€™s Silver Arrow. If we spot any photos online of Reggie and Shigsy cruising around in a new Mercedes, then weâ€™ll all know how this bizarre deal came about. 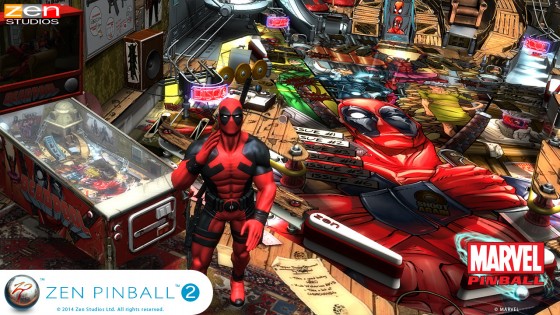 Zen Pinball 2 is also due a huge dollop of new content. The Walking Dead, Doctor Strange, Deadpool and The Guardians of the Galaxy tables arrive this Thursday at Â£2.39 a pop. Trials for each table will also be available.

Then thereâ€™s Outback Pet Rescue 3D (Â£24.99) which appears to be some virtual pet thing set in Australia.