For a second week running there isnâ€™t much going on in the world of new Nintendo downloads. Thatâ€™s as far as new releases are concerned at least – this weekâ€™s discounts, courtesy of Ubisoft, arenâ€™t a bad little assortment. 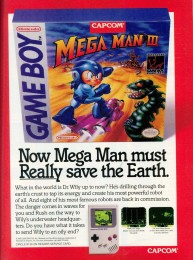 The Game Boyâ€™s Mega Man 3 flies the flag for Virtual Console releases, arriving on 3DS for Â£3.59. If your mind needs a jog, this one saw Mega Man out to stop Dr. Wily from drilling into the earthâ€™s core, bringing NES Mega Man 4â€™s â€˜Mega Busterâ€™ to the small screen for the first time.

Although itâ€™s great to see Capcom re-releasing the Mega Man back catalogue, we wish theyâ€™d slow down slightly – weâ€™ve seen so many over the past few months that the outright classics – such as Mega Man X – are getting lost amongst the not-so-classics.

Also on 3DS eShop this week: Me & My Pets 3D. The fact that itâ€™s Â£24.99 would suggest that itâ€™s also destined for retail at some point.

Those discounts from Ubisoft, then. Assassin’s Creed IV Black Flag for Â£9.99 is the biggest price-drop of note, followed by Tom Clancy’s Splinter Cell Blacklist for the same price. We imagine that Just Dance 2014 also dropping to Â£9.99 might be of interest to some. 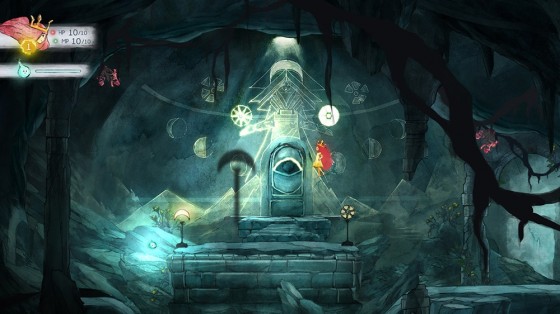 Rabbids Land, Marvel Avengers: Battle for Earth, Assassin’s Creed III, ZombiU and Child of Light fall to Â£7.99 each. Child of Light is the best deal here – physical copies for the rest can be found for around the same price, or even slightly cheaper.

The spectacular Rayman Legends meanwhile receive a cut to Â£11.99. Or thereâ€™s The Smurfs 2 for Â£15.99, if you fancy throwing your money away for some incomprehensible reason.

All of the above discounts are available from this Thursday until 28th Aug.

The price-drops donâ€™t end there. The apparently pretty good Giana Sisters: Twisted Dreams falls to Â£7.79 for a week starting Thursday, while recent release Gravity Badgers goes from Â£4.99 to Â£3.49. Despite having a brilliant name, it would seem that itâ€™s a bit on the mediocre side.