Featuring such games as the Bomberman inspired Bombing Bastards and â€˜90s influenced racer Midtown Crazy Race, last weekâ€™s eShop line up had something of a retro theme. This week that theme is even more predominant – Thursday sees the release of four Virtual Console titles and very little else. 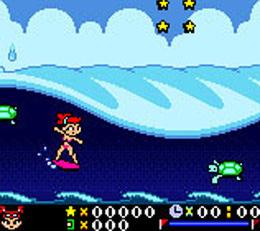 Xtreme Sports was in fact WayForwardâ€™s first title, published by Infogrames. â€œPut down that over-caffienated carbonated citrus drink and slam this into your Game Boy Colorâ€ said IGN back in 2000. Quite.

Mega Man also makes an appearance on Wii U, starring in Megaman Battle Chip Challenge (Â£6.29). Thatâ€™s being joined the 1985 futuristic NES racer Mach Rider (Â£3.49). Fun fact: The first incarnation of Mach Rider was not a videogame, but rather a plastic toy released by Nintendo in 1972.

This leaves us with a demo of Parking Star 3D. Apparently the full version of this parking simulator can be beaten in under an hour, so bare that in mind if you plan on buying after trying.

If none of the above takes your fancy, then maybe one of the games discounted this week will.

We know for certain that the wonderful Scram Kitty and his Buddy on Rails dropping to Â£4.49 on Thursday will be of interest to some. Other Wii U discounts include Blok Drop U (79p), Abyss (44p) and Unepic (Â£7.64). The discount for Abyss only applies if you purchase Unepic at the same time, though.