Sony’s Big in Japan sale on the PlayStation Store has some cracking bargains – if you have an lot of time on your hands.

Â£3.99 each for Ni no Kuni: Wrath of the White Witch and Demonâ€™s Souls? Absurd. Their critical acclaim – 85 and 89 respectively on Metacritic – are reason enough for the prices to be remarkable. But more than that, it got me thinking about the hours of gaming it buys you.

According to the remarkably comprehensive How Long To Beat, they’ll take about 44.5 and 33 hours respectively, to complete the main game. So get through them, and you’d have paid 9.0p/h (pence per hour, obviously…) for Ni No Kuni, and 12.1p/h for Demon’s Souls.

That’s one way to put it. The other is that it would take well over three full days of non-stop play to exhaust just the main story of two games for which you have paid Â£7.98. Pocket money prices, yes, but a massive time commitment. And it’s kind of putting me off: I’ve had a massive unplayed pile before – remedied only with brutal use of eBay – and I don’t want to get into that again.

It’s not just RPGs that throw the hours at you: Metal Gear Solid HD Collection for Â£11.99 gives you about 50 hours, by dint of featuring three games. The 24.0p/h is nothing to scoff at, but it doesn’t compare to some of the Final Fantasy games on offer. 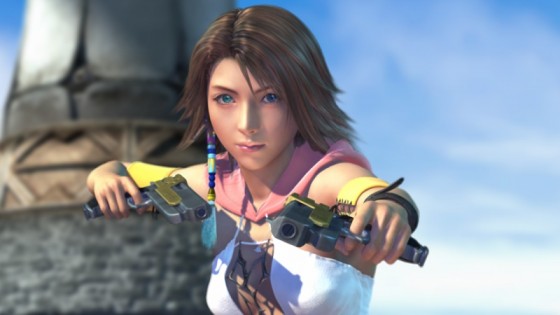 The newer ones aren’t really trying, though X and X-2 bundled together is reasonably competitive. And even the older games can’t quite beat Ni No Kuni, on this particularly perverse measure of value for money.

But V-VIII would give you six full days – and then some – of non-stop Japanese role playing, for the princely sum of Â£15.96. So money might not be an issue, but you’d definitely need more time than sense.