Considering the time of year, we havenâ€™t done too badly for new releases. The last few weeks alone have seen Sniper Elite 3, GRID: Autosport, EA Sports UFC, Tomodachi Life and a handful of other notables. This week however signs of the dreaded â€˜summer game droughtâ€™ are becoming apparent.

Pokemon Art Academy is the biggest release, we suppose. The fact that itâ€™s the first Pokemon game to be developed in the UK is something, certainly. Containing over 40 art lessons, it allows you to share your stylus-drawn Pokemon creations with the world. The Official Nintendo Magazine found it to be an â€œexcellent little sandboxâ€ although a little too restrictive at times. They handed out a solid enough 77%.

Then we have Air Conflicts – Vietnam on PlayStation 4, a re-release of a PS3/Xbox 360 title from October 2013. It would appear though that this isnâ€™t a lazy conversion – maps are larger, AI has been improved and both sound and visuals have been enhanced. The developer claims theyâ€™ve listened to fanâ€™s feedback in order to make this the best version.

This leaves us with one final retail release for this week – Ratchet and Clank Trilogy on PS Vita. The three PlayStation 2 originals have been bundled together for just over Â£20. 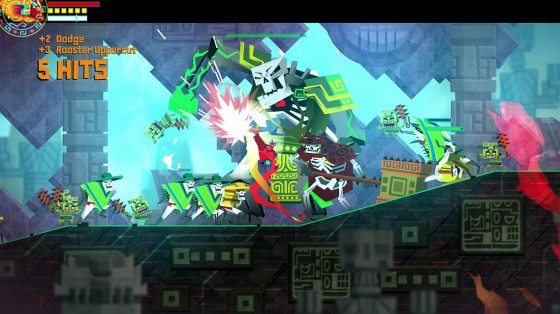 As for downloads, Guacamelee! STCE is the undeniable highlight. The Mexican platformer turned heads on PlayStation 3, and is now available on Wii U, Xbox One and Xbox 360. Whatâ€™s more is that the Xbox One version is free as part of the Games with Gold scheme. Weâ€™ll have a review over the next few days.

The PS Vita likewise plays catch up, this time with Ubisoft’s 2D RPG Child of Light. We imagine looks even more beautiful when viewed on the handheldâ€™s super sharp screen. It’ll set you back Â£11.99. Incidentally, the Xbox 360 version has been dropped to just over Â£8 this week, along with a handful of other Ubisoft games.

Next week: Wii Sports Club (Wii U) and thatâ€™s it for the retail side of things. There will no doubt be new arrivals on the download services, but donâ€™t ask us what.