Itâ€™s another busy week for new Nintendo downloads, and an eventful one at that thanks to the arrival of the first third-party release with cross-buy support.

That game is strategic underwater RPG Squids Odysesey. Itâ€™s due to launch on 3DS this Thursday, priced at Â£9.99…or for the sum of sweet nothing if you already own the Wii U version. Reviews havenâ€™t been too shabby, so you may want to consider this deal. ONM handed out a solid 75% while Nintendo Life served up an 8/10. 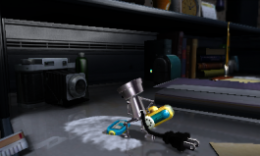 Squids Odyssey isnâ€™t this weekâ€™s eShop highlight though – itâ€™s the return of Chibi-Robo. The pint-sized robot has been absent for some time, especially in Europe where the DS curio Chibi-Robo: Park Patrol passed us by altogether.

Chibi-Robo! Letâ€™s Go, Photo! sees the helpful one taking photos to fill a museum. Your snaps – which must meet certain criteria – are turned into pieces of art which are then put on display. The cleaning aspect still remains – tidying up the museum earns â€˜Silhouette filmâ€™ for the camera – while the cast of eccentric characters includes a bear-shaped washing-up sponge who wishes to become a DJ. Word.

Although it certainly has an interesting premise, reviews have been mixed – everything from 8/10 from Pocket Gamer to 3/10 from Dark Station. A few critics claim that the 3DSâ€™s camera simply isnâ€™t up to the job and others found it downright boring. Conflicted? We arenâ€™t surprised. Given the Â£11.69 price-tag it may be an idea to try the demo first.

Also out on 3DS this week: puzzler Quell Reflect (Â£3.49) and an eShop release of PokÃ©mon Art Academy (Â£29.99) which is also due out as retail release this Friday. 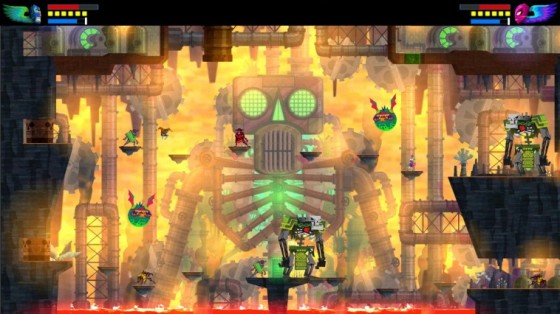 Over on Wii U, Guacamelee! Super Turbo Championship Edition (Â£9.99) is worthy of your attention. This Metroidvania-style platformer went down well on PlayStation 3, bagging a steady string of 9/10s. Influenced by Mexican culture, this revamped version includes improved visuals, extra abilities and more content. Expect to hear a lot of talk about this one over the coming weeks as itâ€™s also the next Xbox One â€˜Games with Goldâ€™ freebie.

Armillo is likewise a platformer, and one thatâ€™ll only set you back Â£4.00 until 24th July. Featuring a sci-fi theme, it entails the titular armadillo Armillo rolling around in spherical 3D mazes. Missions set in a parallel universe meanwhile offer â€œspeed-run inspiredâ€ 2D stages. A few videos can be found on Nintendoâ€™s site.

Flowerworks HD: Follie’s Adventure costs even less – a mere Â£2.00. Thatâ€™s until 31st July, anyway – after that itâ€™ll cost Â£4.00. Itâ€™s a HD remaster of a WiiWare title, now running at 1080p/60fps. Nintendo Life found the 2D puzzle-adventure a good deal, especially with a 15-20 hour playtime. They did however point out that its last-gen roots are still all too evident.

Good old Adventure Island is the weekâ€™s only Virtual Console release. Master Higgins sprints onto Wii U at a not to be sniffed at Â£3.49. If you enjoyed the first Wonder Boy on Game Gear and Master System then consider this – itâ€™s practically identical.

Finally, some discounts. Donâ€™t get too excited as theyâ€™re a rather uninviting bunch – Doodle Jump Adventures on 3DS drops to Â£9.99 and Tappingo to Â£1.69. Then thereâ€™s Kung Fu Rabbit on both Wii U and 3DS, down to Â£2.19 until 10th July.

With a bit of luck, next week will see Shovel Knight lead the way.