To allow plenty of reviews of the weekâ€™s new releases to materialise, we always wait until towards the end of the week to compile our weekly round-up. This week however weâ€™re still waiting on reviews for two major releases – Transformers: Rise of the Dark Spark and Sniper Elite 3.

Rise of the Dark Spark developers Edge of Reality have been around since 1998, and have worked mostly on conversions and licensed games. Weâ€™re still unsure as to why Activision didnâ€™t let High Moon Studios carry on their good work, but on the grounds of Edge of Realityâ€™s experience weâ€™re mildly confident that this latest Transformer endeavour will be â€˜goodâ€™ at the very least. 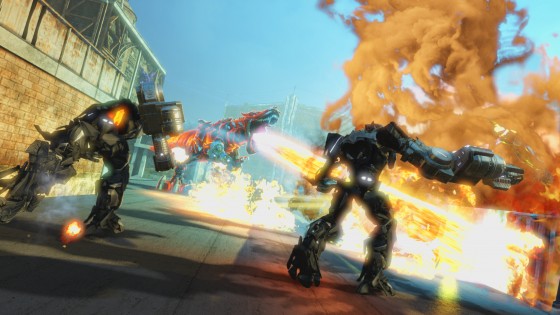 Donâ€™t expect the PlayStation 4 and Xbox One versions to be leaps and bounds over their last-gen counterparts though – word has it that the differences between last-gen and next-gen versions are barely noticeable.

The 3DS version, incidentally, is a strategic RPG developed by WayForward. Although an alluring proposition, weâ€™re worried that itâ€™ll veer on the casual side of things. You can however bet your last Energon cube that itâ€™ll feature some tidy sprite work, if nothing else. 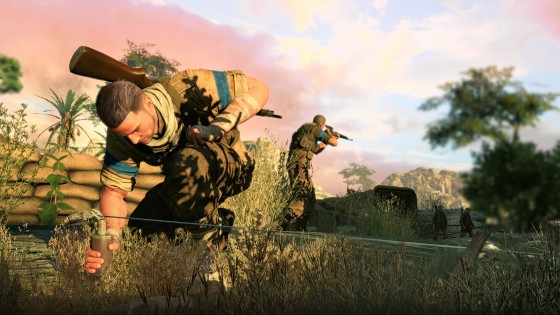 As much as we enjoyed Sniper Elite V2 – once referring to it as â€œthe thinking manâ€™s third-person shooterâ€ – weâ€™re slightly apprehensive about Sniper Elite 3. As to why the review embargo isnâ€™t being lifted until the last minute is one reason; the fact that itâ€™s a mere Â£25 on PS3 and Xbox 360 is another. Could the cheap price tag be compensating for something, such as the gameâ€™s length? Perhaps, although the PS4 and Xbox One versions are set to retail at around Â£40.

With a bit of luck, reviews will be knocking around by the time you read this. We highly doubt that Rebellion are about to release a steamer, in all honesty – Sniper Elite is their flagship franchise. 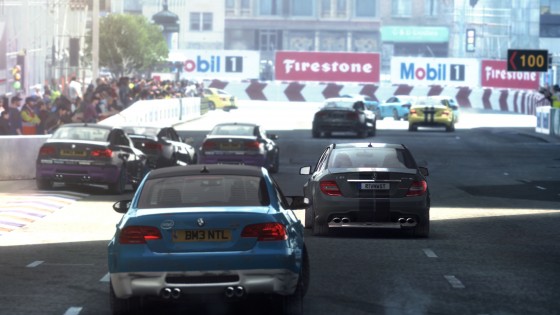 GRID: Autosport is one that we can recommend, thanks to the positive reviews that appeared earlier this week. Eurogamer said that â€œGrid Autosport is a fine racing game, though it’s never a thoroughbred oneâ€ before handing out a respectable enough 7/10, while God is a Geek enjoyed it a touch more, giving it an 8/10. â€œEven if your interest in cars is merely fleeting, GRID Autosport juggles realism and aggressive satisfaction to deliver an intoxicating mix somewhere between the joy of an arcade racer and the science of a true simâ€ they said.

Codemasterâ€™s latest racer is available on PS3, Xbox 360 and PC. There are no next-gen versions – Codemasters wants their next-gen racing dÃ©but to be something truly special.

Anime fans will no doubt be interested in One Piece Unlimited World Red and Dynasty Warriors Gundam Reborn. The former is heading to PlayStation 3, PS Vita, Wii U and 3DS while the latter is a PlayStation 3-exclusive. Weâ€™d wager that Once Piece fans already have Unlimited World Red pre-ordered, in fact – weâ€™re always surprised by how fellow anime tie-ins such as Dragon Ball Z and Naruto sell just by name alone. Speaking of being surprised, reviews for One Piece Unlimited World Red have so far been incredibly positive. The Metacritic currently stands at 78% from four critics, including an 8/10 from God is a Geek. 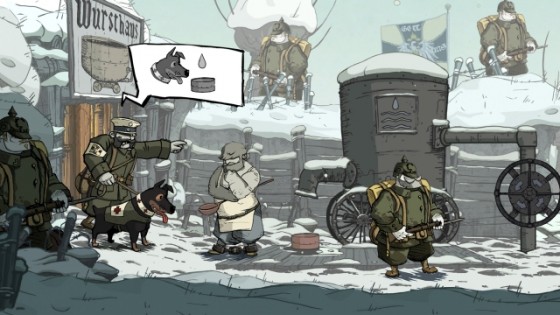 Itâ€™s a curiously busy week for new downloads too. Ubisoftâ€™s beautiful 2D adventure Valiant Hearts: The Great War leads the way, available on PS3, PS4, Xbox 360, Xbox One and PC. No Wii U version, sadly. Rather than focus on mildness killing, it dares to delve into the psychological tolls of war.

â€œValiant Hearts is a game thatâ€™s varied, well-crafted and interesting enough that we wouldnâ€™t hesitate to recommend itâ€ said NowGamer, who dished out a 7.5. EGM meanwhile felt it was worth an 8/10.

Hot on the heels of last weekâ€™s Wii U and 3DS release of Another World â€“ 20th Anniversary Edition comes the Xbox One, PS4, PS3 and PS Vita versions. The PlayStation iterations cost Â£6.49 and feature cross-buy support while the Xbox One version is priced at Â£6.39. As we said last week, although it was ground breaking upon release due to its cinematic visuals and presentation, weâ€™re unsure if it will have stood the test of time. Again, the lack of reviews is a concern.

Over on PlayStation 4, on-rails shooter Blue Estate makes a surprise appearance courtesy of Focus Interactive. The Â£15.99 download evokes memories of Red Steel on Wii, only with a far dafter sense of humour. Take a look at the launch trailer:

The surprise releases keep on coming – Zombie Driver Ultimate Edition made an unexpected pit stop on Xbox One earlier this week, priced at Â£11.99. The release of twin-stick shooter Sixty Second Shooter Prime evaded us last week too, arriving out of nowhere. At Â£3.99, it may be worth more than sixty seconds of your time.

Finally, Putty Squad bounces onto both PlayStation 3 and Xbox 360. The XBLA version of the long lost retro revamp costs Â£9.99, while the PSN version is Â£19.99. Thatâ€™s presumably to keep it in line with the retail version. The Xbox 360 retail release seems to have been cancelled, making this XBLA release the only way for Xbox owners to experience the incredibly belated 2D platformer.