Like a bag of Haribo Starmix, this weekâ€™s line-up of eShop downloads is all about variety. 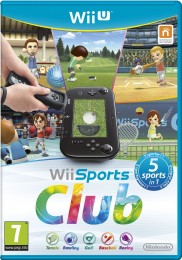 On the Wii U eShop a pairing of Wii U Sports Club titles lead the way. The Wii Sports Club: Baseball + Boxing – Double-Sport Pass costs Â£8.99, giving the chance to own HD revamps of Wii Sportsâ€™ baseball and boxing events.

To celebrate their launch, they can be played for free for 48 hours. If youâ€™re still not sold after that, a Wii Sports Club day pass can be purchased for Â£1.79. It may be worth baring in mind though that Wii Sports Club is also getting a complete retail release next month.

If tennis is more of your thing, Mario Power Tennis makes an appearance on Wii U Virtual Console. As per all other GBA re-releases, itâ€™ll set you back Â£6.29.

Physics-based puzzler Blok Drop U is also heading to Wii U – priced at a mere Â£1.29 – as is the embarrassingly titled Luv Me Buddies Wonderland. This Â£24.90 download (and no, thatâ€™s not a typo) is an educational mini-game collection starring a cast of cute characters. Nintendo Life didnâ€™t find solace in its innocent nature. 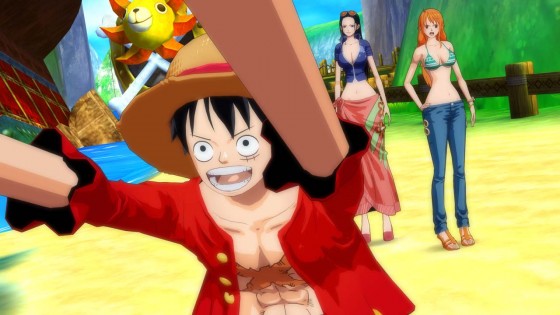 Theyâ€™re being joined by ONE PIECE Unlimited World Red, which is also arriving as a retail release this Friday. At a teeth-sucking Â£43.99, youâ€™d probably be better off looking for a physical copy online. The 3DS eShop release is set to cost a modest Â£28.49, incidentally.

Another retail release thatâ€™s also heading to the 3DS eShop is Yu-Gi-Oh! ZEXAL World Duel Carnival (Â£34.99). Even with over 5,500 battle cards at your disposal, newcomers should worry not – in addition to an â€˜easy modeâ€™ thereâ€™s also a tutorial.

Then we have the visually appealing Cocoro – Line Defender (Â£3.59). Itâ€™s a 3DS strategy game in which the four elements are under your control. Different characters and weapons become available as you try to protect the Cocoro Islands.

Parking Star 3D meanwhile sounds like the unlikeliest thing ever – itâ€™s a parking simulator, giving the chance to park cars in such locations as the Tokyo Tower, the Louvre Museum in Paris and the Burj Al Arab Hotel in Dubai. The faster you park, the better the score. Curious? Itâ€™s set to cost a mere Â£2.49. Thatâ€™s cheaper than what it costs us to park in town nowadays.

Trial-based racer Toy Stunt Bike (Â£4.49) is also heading to eShop this week, as is the Van Helsing Sniper ZX100…priced at Â£6.66. Itâ€™s an arcade-style shooter set in London, putting you in the boots of the titular vampire killer. Thereâ€™s a video on Nintendoâ€™s site. It looks a bit garish considering the subject matter.

Finally for new releases, thereâ€™s Anne’s Doll Studio on DSiware, priced at Â£4.49. Three different variations are being released, including a â€˜Lolita Collectionâ€™. It entails dressing up dolls, and thatâ€™s all you need to know.