Not even the Nintendo eShop is safe from World Cup fever – the 3DS’s Inazuma Eleven GO: Light / Shadow lead the charge, arriving on Friday at Â£34.99 a punt, while the NESâ€™s Soccer arrives on Wii U Virtual Console for Â£3.49.

Reviews of Inazuma Eleven GO went up earlier this month and were – for most part – positive. The Official Nintendo Magazine handed out 80%, claiming that it keeps the series on top form, while Pocket Gamer said that its problems were easy to look past.

If youâ€™re still thinking about purchasing the pint-sized management sim Nintendo Pocket Football Club, then best make your mind up soon. From 12th June through to the 16th itâ€™s Â£10.79. The price will then raise to Â£13.49. Eurogamer reckons itâ€™s worth your time.

Football Up 3D is also dropping from Â£5.99 to Â£1.49 until 17th July, but according to Nintendo Life you may want to think twice about downloading. 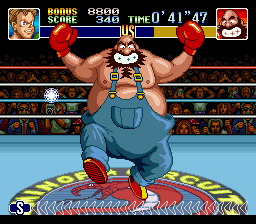 Moving away from football, but not from sports entirely, there are another two retro classics heading to Virtual Console – the NESâ€™s Mach Rider on 3DS (Â£3.59) and the SNESâ€™s Super Punch-Out!! on Wii U (Â£5.49). Weâ€™ve always been a fan of Super Punch-Outâ€™s screen-filling sprites.

Also on arriving on 3DS this week – match-three puzzler Atlantic Quest (Â£5.99) and futuristic racer AiRace Xeno (Â£2.29). Even though AiRace Speed only launched last September, this sequel should be worth a look. Reviews of the original werenâ€™t too shabby.

Then on Wii U thereâ€™s My First Songs. Priced at Â£8.99, it’s a karaoke game featuring “some of the most popular childrenâ€™s songs of all timeâ€. Sounds like public domain city to us.

A bunch of Ubisoft Wii U games are getting permanent discounts as well. Assassin’s Creed IV Black Flag and Just Dance 2014 are now Â£19.99, while Just Dance Kids 2014 is cheaper still at Â£15.99.