Towards the end of their Xbox E3 conference, Microsoft posted a one-word tweet on Twitter. That word? ‘Games’.

Simple yet effective, it summed up their conference perfectly. No talk about streaming TV shows or watching American sports live – just good old games. And boy did they have plenty to show.

Weâ€™ll get the free-to-play stuff out of the way first, because none are real surprises. The short Killer Instinct: Season 2 trailer focused on T.J. Combo, showing the brutal boxer fighting a variety of season one characters on a new backdrop – a construction site. The trailer ends with T.J knocking Fulgore to the ground, only to turn and face a mysterious new enemy from Ultratech. Season 2 is set to start this â€˜fallâ€™, with new developer Iron Galaxy in charge. After 7.5 million downloads, Happy Wars is also heading to Xbox One, complete with Xbox 360 cross-platform play. New enemies, modes and local four-player co-op were confirmed.

A press release also reports that upcoming F2P creation tool Project Spark is set to receive some Conker-related content, which has to be better than no new Conker game at all. 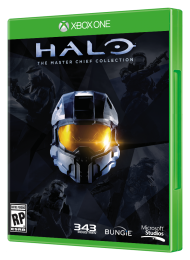 Halo: The Master Chief Collection and Crackdown were the big surprises. Or rather, they would be if it wasnâ€™t for the endless rumours surrounding them.

Halo: The Master Chief Collection is out this year and includes the first four Halo games. No ODST or Reach, sadly. Only Halo 2 is receiving a remaster, along with six new maps built from the ground up for Xbox One, but Microsoft does promise a 60fps experience for the rest. A Halo 5: Guardians beta and the Halo: Nightfall live-action digital series are also being thrown in for good measure.

Original creator Dave Jones is back at the helm of Crackdown, fans will no doubt be pleased to hear. The unforgettable â€˜voiceâ€™ of The Agency is back too, dishing out quips with his dry tone. A lack of screenshots and in-game footage suggests that itâ€™s still early days, but we should all know what to expect – co-operative mayhem on a far larger scale.

These werenâ€™t the only surprises on show. A celebration of all things Capcom, Super Ultra Dead Rising 3 Arcade Remix Hyper Edition is available right now. The Â£7.99 download lets players â€˜cosplayâ€™ as their favourite Capcom characters from Street Fighter, Resident Evil, Darkstalkers and more. Bringing the daftness back to Dead Rising, it looks colourful in both senses of the word. We love the artwork too.

The surprises didnâ€™t end there either. Original Xbox strategy game Phantom Dust is being re-imagined for Xbox One, while Platinum Games are hard at work with Scalebound – a fantasy action game featuring dragons. The trendy headphone-wearing hero is able to absorb dragonâ€™s power briefly, becoming coated in thick dragon skin-style armour while hacking and slashing screen-filling beasts.

Director Hideki Kamiya was soon bombarded with tweets from fans. Some excited to play it; others damning the fact itâ€™s a console exclusive. Itâ€™s just like Bayonetta 2 all over again. Give the man a break.

D4: Dark Dreams Donâ€™t Die likewise flies the flag for Japanese studios. Kinect support is still pledged for the cel-shaded murder mystery, which is due out later this year. 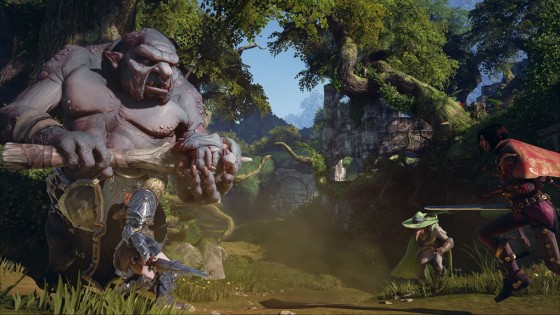 The Unreal Engine 4-powered Fable Legends made another showing, as did Sunset Overdrive. The Fable Legends trailer was seemingly to remind us all that the focus this time round is on four player co-op, and that itâ€™s possible to play as a villain for the first time.

Speaking of series firsts, download Lara Croft and the Temple of Osiri – the sequel to the recently free Guardian of Light, and also heading to PlayStation 4 – will offer the first ever four player co-op experience with Lara Croft. 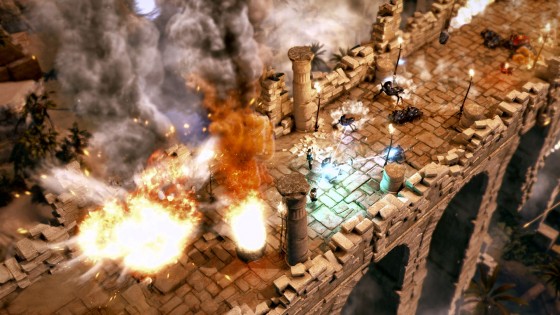 This wasnâ€™t the Tomb Raider that Microsoft revealed during their conference, however. Thatâ€™s right – there are two new Tomb Raiders on the way. Rise of the Tomb Raider sees Lara on another globetrotting adventure. Fans will no doubt be delighted that the survival-adventure will feature actual tombs this time.

Open-world racer Forza Horizon 2 was in fact announced last week and is one of the few Xbox-exclusives thatâ€™ll also be appearing on Xbox 360. Also heading to both Xbox 360 and Xbox One are the lovely looking â€˜coming of ageâ€™ 2D platformer Ori and the Blind Forest, from Moon Studio, and card battler Magic 2015 â€“ Duels of the Planeswalkers.

Multi-format games on show included Call of Duty: Advanced Warfare, Dragon Age: Inquisition, Evolve, Witcher 3: Wild Hunt, the incredibly ambitious looking Tom Clancyâ€™s The Division and a premier showing of Assassinâ€™s Creed Unity. Unity is going down the co-op path too (hence the title, presumably), allowing yourself and three others to cause chaos during the French Revolution. Visually it looks slick with heavily detailed indoor locations and countless people forming crowds on the streets. Weâ€™re unsure if this new co-op focus can shift franchise fatigue though, especially with a different AC for last-gen consoles due.

The Kinect also got a look in – Dance Central Spotlight sees the series take a download-only path, just like Rock Band Blitz before it. Harmonix promise accurate body tracking and even more music variety than before. 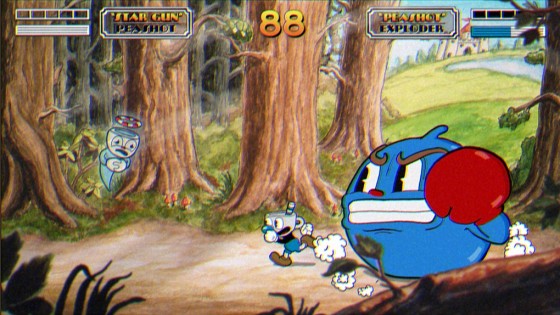 Weâ€™re incredibly glad that Microsoft hasnâ€™t ignored the indies this year – the 1D@Xbox show reel was a lengthy one, revealing mobile hit Threes, beautiful looking platformer Cuphead, Another World: 20th Anniversary Edition and dozens more. Itâ€™s also interesting to note that Techlandâ€™s Hellraid – Dead Island with medieval twist, pretty much – featured here. We didnâ€™t spot the well-received Volgarr The Viking in the montage, but according to press assets released thatâ€™s console-bound as well.

Just to elaborate further how glorious Cuphead looks, hereâ€™s the trailer. We canâ€™t imagine Walt Disney spinning in this grave about this one. More likely dancing a merry jig:

Overall, Microsoftâ€™s showing was incomparably better to last yearâ€™s frankly depressing effort. When you consider Quantum Break – which is being saved for gamescom – and a new Gears of War are also enroute, we donâ€™t think even the most jaded of Xbox One-naysayers could say that Microsoft hasnâ€™t assembled a killer line-up. The lack of Xbox 360 support is slightly saddening, but was always to be expected and thankfully third-party companies still see the Xbox 360 as a viable format, bringing Borderlands: The Pre-Sequel and more.

With the Kinect now optional – as of today, incidentally – the Xbox Oneâ€™s future looks far brighter than it did just a few months ago.