We canâ€™t muster up enough enthusiasm to check, but weâ€™re pretty sure that May isnâ€™t usually as busy as this for new releases. Two of the biggest games of the year, plus revivals of both Worms and Lemmings? In the words of Harry Hill, â€œWhat are the chances, eh?â€

Releasing on no less than five formats, we donâ€™t doubt for a single second that Watch_Dogs will come out on top in next weekâ€™s UK chart. Thatâ€™s a no brainer, really. However, weâ€™re very confident that Mario Kart 8 will make #2. LEGO The Hobbit aside, there hasnâ€™t been a major Wii U retail release since Donkey Kong Country: Tropical Freeze. We could also see a few older Wii U games re-emerge in the top 40, following the predicted console sales spike. Mario Kart sells systems.

Reviews of Watch_Dogs went live on Tuesday and were mostly good – a mixture of 7s, 8s and 9s. General consensus has it that itâ€™s not quite as ground breaking as Ubisoft has made out, but itâ€™s still a very good game and also one thatâ€™s packed to the rafters with content. 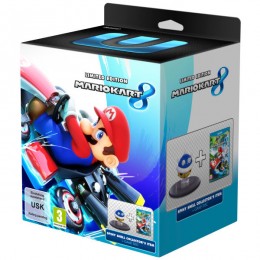 As for Mario Kart 8, reviews would have us believe that it’s pretty much essential, even if you own a Wii U or not. The Metacritic presently stands tall at 88% from 61 critics. The only other retail release from this year to better it on Metacritic is Dark Souls II, in fact.

Shop around and youâ€™ll find retailers offering a few decent deals. ShopTo are giving away a free T-shirt, while GAME are bundling it with a free Wii wheel.

Thereâ€™s also the limited edition to consider, which comes with a blue shell statue. Nintendo themselves have put a bundle together too – Â£49.99 gets you the game, a keyring and a T-shirt.

Over on PS Vita, Borderlands 2 is making a belated appearance. Despite initial promise, the conversion has apparently ended up being botched, resulting in glitches galore. IGNâ€™s review paints a very grim picture. Oh dear. 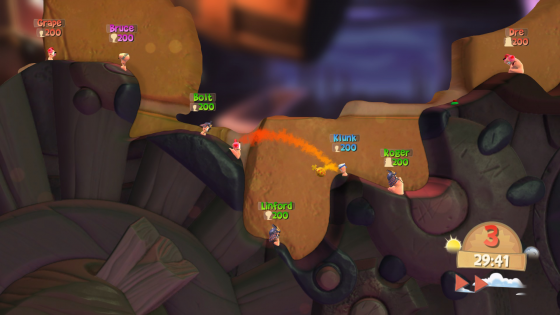 That aforementioned Worms game? Believe it or not, itâ€™s actually a retail release. Worms Battlegrounds sees the spineless wigglers blasting one another to bits on PlayStation 4 and Xbox One, and at a budget price to boot. Expect to pay around Â£25-Â£30. Reviews so far include an 8/10 from TheSixthAxis and a 6/10 from Push Square.

PS Vita-exclusive Lemmings Touch likewise sticks to its 2D roots, developed by PlayStation Mobile studio d3t. As well as new costumes to unlock and objective-based challenges to beat, thereâ€™s also a new Lemming type – the Mischievous Lemming. These fellas arenâ€™t required to be saved, prompting a â€˜Game Overâ€™ if one reaches the exit. Weâ€™re sure that there are plenty of ways for them to meet an unfortunate end. Digital Spy dished out a 4/5 for the Â£7.99 download earlier today.

God is a Geek meant felt that it â€œdoesnâ€™t just match past efforts in the season â€“ it surpasses themâ€. All reviewers agreed though that the final episode is going to have a lot of questions to answer. Which obviously isnâ€™t a bad thing.