Youâ€™d be a fool to judge Wolfenstein by its first hour alone. Although Machine Games makes the wise assumption that people have played at least one FPS before – by which we mean thereâ€™s no dull or patronising tutorial – the opening mission doesnâ€™t make the best possible impression. If anything, the opening jaunt through bland looking trenches and claustrophobic bunkers is the total opposite of whatâ€™s to come.

It doesnâ€™t take long for The New Orderâ€™s true colours to emerge. After an unexpected twist, and one that demands a vital decision to be made, protagonist Blazkowicz finds himself in the 1960s. The war is over and the Nazis have won – something that Blazkowicz is initially unable to comprehend. This strong and fearless new regime has been rapidly developing new weapon technology to prevent any possible uprisings, but Blazkowicz isnâ€™t one to succumb to defeat. Headstrong and determined, heâ€™s a described by his cohorts as a â€˜doerâ€™ – a man that can get things done. 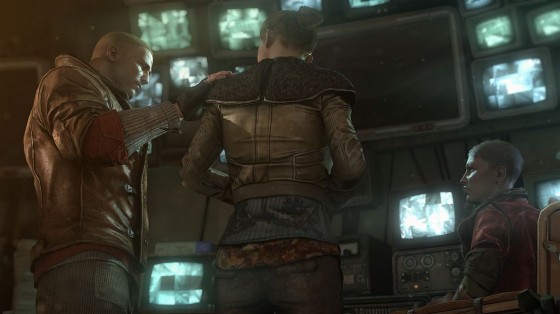 A commendable amount of effort has gone into both story and character design – Blazkowicz is a likeable character, bringing a love interest along for the ride. Together they locate and free fellow resistance members, filling the makeshift HQ with new faces as the story unfolds. The cutscenes are an unexpected highlight, with many justifying the 18+ age rating. Characters often display a rare sense of emotion too, bolstered by realistic facial animation.

The war torn Nazi strongholds of 1946 are soon left behind, bringing forth missions set in Nazi office blocks, war museums, secret underwater research labs and more. With its â€˜make-do and mendâ€™ ethos the resistanceâ€™s homestead is the peak of Machine Gamesâ€™ creative flair, although the sight of Nazi-controlled London – complete with Big Ben overshadowed by a colossal Nazi HQ – leaves an altogether different lasting impression. 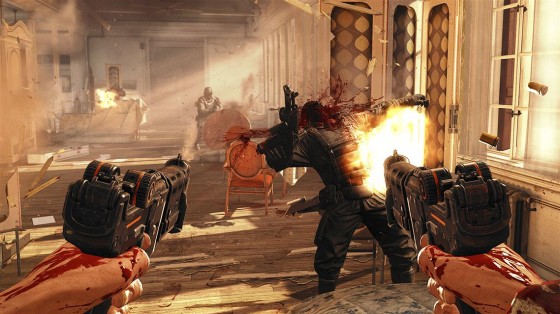 The Nazis rule with an iron fist. Well, that and packs of robotic dogs, screen-filling walkers and mechanically enhanced soldiers clutching laser cannons. On easy mode very few enemies pose a threat – itâ€™s possible to merrily run and gun. Underwater sections, optional fetch quests and a puzzle or two help massively to prevent this from being a mindless experience, and thatâ€™s despite the fact that the core shooting mechanics (dual-wielding, etc) are more than a little traditional. This is a game thatâ€™s proud of its heritage, make no mistake.

It’s recommended to take stealth into consideration if opting for the harder difficult levels. Those not keen on creeping around should worry not, for never is stealth forced – sneaking around is a wonderfully organic experience throughout, giving the chance to crawl through air ducts and perform pleasingly brutal takedowns when desire takes. Generals have the ability to call in reinforcements, but because their rough proximity is shown on screen they can be avoided or disposed of with relative ease. Catch their attention though and the robo-hounds are soon unleashed. 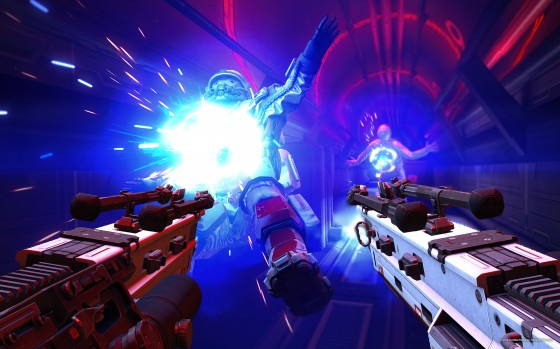 The number of weapons at hand may be far smaller than its peers, but each gains a secondary mode of fire while the LKW laser cannon receives several upgrades, going from a simple laser cutter to a force to be reckoned with. In a way, weâ€™re glad that thereâ€™s no multi-player modes to speak of – the weapons are so ludicrously overpowered that deathmatches would have likely suffered because of this. As much fun as it to cause chaos with the shotgunâ€™s shrapnel rounds, you wouldnâ€™t want to be at the receiving end at the hands of a rival player. Same goes for the laser cannon, which is capable of turning enemies into crimson mush with just a couple of shots.

The lack of multiplayer mode has also let Machine Games focus on the campaign. At around 10-12 hours, itâ€™s a far longer lasting experience than most. Never does the experience drag however – it speaks volumes about that we could have happily played through another mission or two while in Blazkowiczâ€™s bloodstained boots. Itâ€™s even more of a commendation that thereâ€™s incentive for a second playthrough. That aforementioned vital decision has a huge impact on the storyline, giving two timelines to tackle. Not only does the plot differ but also smaller things, such as alternative hacking mini-games. Collectables come in different forms too, ranging from Nazi gold – that occasionally demands a spot of rummaging to discover – to Enigma codes used to solve a puzzle found back on the main menu screen. 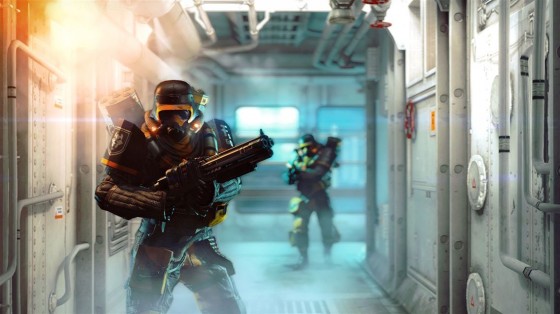 A mildly innovate perk system holds the whole thing together. That (mild) innovation comes from the fact that perks are tied into challenges, unlocking steadily but not so steadily that youâ€™ll have gained them all by the end of your first play. These challenges vary from X amount of headshots to Y amount of grenade kills, bagging quicker reloading times and additional ammo supplies along the way. Itâ€™s a feature thatâ€™s implemented as perfectly as the rest, with many sections feeling like theyâ€™ve been specially designed with the challenge system in mind.

We came to The New Order expecting as much as the opening suggested – a hackneyed trudge through over familiar territory – but what it left us with was an overwhelming sensation that weâ€™ve not felt since Spec Ops: The Lineâ€™s macabre finale. Right now, this is the finest first-person shooter on both PlayStation 4 and Xbox One. And with a quiet summer ahead, itâ€™s likely to hold that accolade for some time.