Publishers must be anticipating an influx of new Wii U owners in time for Mario Kart 8, as itâ€™s a slightly busier week than usual for new eShop releases. Thereâ€™s a rather timely selection of decent discounts too, courtesy of both Warner Bros. and Capcom. 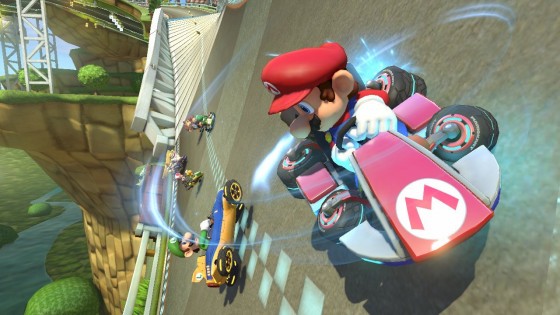 Mario Kart 8 itself leads the way, due to hit the eShop on Friday. Itâ€™s the first major Wii U release since Februaryâ€™s Donkey Kong County: Tropical Freeze and also one of the highest scoring games of the year so far, bagging a prestigious 10/10 from Eurogamer and a lofty 96% from ONM.

Itâ€™s not all good news though – itâ€™s a slightly steep Â£49.99 to download. Thatâ€™s in comparison to GAMEâ€™s Â£39.99 asking price for an eShop code. The retail release can be found for even less – it’s currently Â£36.95 at The Game Collection and Â£35 at Tesco Direct for new customers. 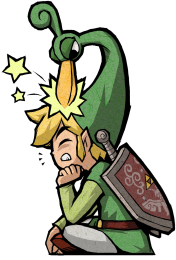 We’re hoping to live stream some karting hijinks later in the week. Maybe we’ll even get a competition going via Twitter if there’s enough interest.

Mario and company are being joined by Gravity Badgers (Â£4.99) and a Virtual Console release of the underappreciated The Legend of Zelda: The Minish Cap (Â£6.29). What in blazes in Gravity Badgers, you ask? Why itâ€™s a physics-based puzzler starring intergalactic honey badgers. Despite a mildly interesting premise, reviews of the PC version werenâ€™t too positive.

As for The Minish Cap, itâ€™s just as essential as any other Zelda before it. Well, maybe not Zelda II. The titular talking headpiece allows Link to shrink to microscopic dimensions, all the while handing out hints and cracking wise. Itâ€™s Linkâ€™s very own Kazooie, only minus the egg throwing abilities. And legs.

As for Wii U discounts, you may very well find something to tempt. Batman: Arkham Origins for Â£12.49 is the best deal, followed by LEGO Batman 2 for the same price. Batman: Arkham City and Injustice are reduced to Â£12.49 also, but these two can be had for nearer Â£10 at retail.

Alternatively, the 3DS version of Revelations falls to Â£14.99 from Thursday. Resident Evil The Mercenaries 3D is cheaper still at Â£5.39. And now back at Batman – if you’ve been waiting for Arkham Origins Blackgate to fall in price, it’ll set you back a not too shabby Â£8.74 from Thursday.

A few other 3DS games are getting price drops but theyâ€™re a largely insignificant bunch as they’ve all been discounted before. You donâ€™t really want to spend good money on something called Angry Bunnies, do you? 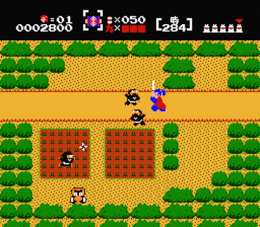 Our weekly round-up doesnâ€™t end yet – thereâ€™s new stuff heading to the 3DS eShop as well. The two Virtual Console releases are the highlights – the Game Boy Colorâ€™s Mario Golf (Â£4.49), which is a fan favourite due to its RPG mode, and the NESâ€™s The Mysterious Murasame Castle. Does that last one ring a bell? Think hard. Give up? It was the inspiration for the Nintendo Land mini-game Takamaru’s Ninja Castle. Originally released for the Famicom Disk System in 1986, this will be the first time it has reached the west.

Then thereâ€™s Me & My Furry Patients 3D (Â£24.99…and no, thatâ€™s not a typo) and Coaster Creator 3D (Â£6.00) which allows you to form your own death-traps, sorry, roller coasters, and take your Miis for a ride. It looks a darn sight better than that RollerCoaster Tycoon abomination Atari released on 3DS a couple of years ago.