1960s shooter Wolfenstein: The New Order is the weekâ€™s biggest release, but weâ€™ve already given it a fair share of attention in our review round-up. Basically, and depending on whom you listen to, the fact that itâ€™s both dumb and ballsy can be seen as either a good or bad thing.

Scores have so far ranged between 6/10 to 9/10, with the 9s coming from Polygon, The Official Xbox Magazine, Gaming Trend and the usually harsh GameCentral.

Supergiantâ€™s sci-fi RPG Transitor – out now on PS4 and PC – has also been receiving plenty of 9/10s, and a far steadier stream than good old Wolftenstien. Just like Bastion before it, critics have revelled in its beautiful world, incredible music and deep combat system.

â€œEnjoy the artful approach to science-fiction, enjoy the hoops Supergiant’s jumped through to position you in the right place to engage with its combat, and you can even enjoy the very fact that the game often struggles to get its deeper messages acrossâ€ said Eurogamer.

R-Type Dimensions is also arriving on PSN this week, albeit on PS3 only. This HD revamp – which contains R-Type and its sequel – includes dozens of new modes and features. Thereâ€™s no online play, sadly, but it does have local co-op. 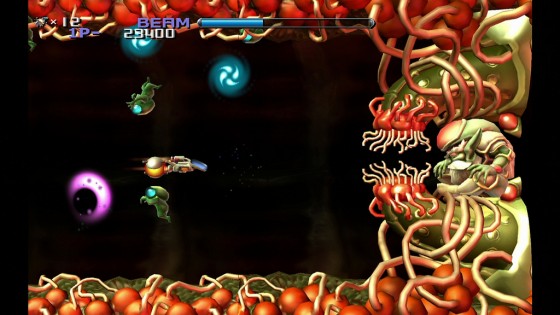 Over on XBLA meanwhile, the Xbox 360 plays catch-up with Max: The Curse of the Brotherhood, priced at Â£11.99. Although itâ€™s great to see that MS hasnâ€™t forgotten about Xbox 360 owners just yet, the platformer is set to become one of the first Xbox One â€˜Games with Goldâ€™ freebies when the scheme launches next month.

As for the rest of the weekâ€™s retail releases joining Wolfenstien, we have the apparently mediocre PS3 RPG Mugen Souls Z, a budget re-release of Formula 1 2013 – subtitled Complete Edition – and movie tie-in Legends of Oz – Dorothy’s Return on 3DS.

No doubt the majority of gamers saving their money for next week. We have to say though, releasing Watch_Dogs the day after a long weekend seems like a faux pas.