As much as we like Kirby, we always feel that if you chose to ignore a game starring the pink hued dude you wouldnâ€™t be missing out on much. Certainly not to the extent of overlooking a new Zelda or anticipated Mario game, anyway. 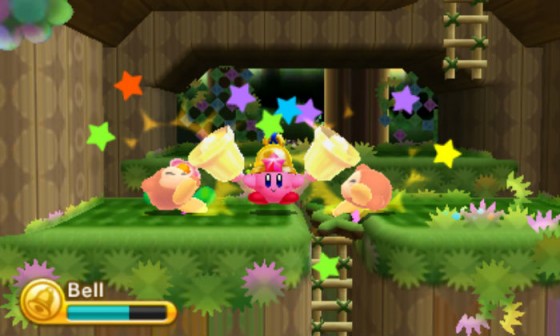 Reviews would suggest though that Kirby: Triple Deluxe is well worth a look, and not just because thereâ€™s very little else out on 3DS currently. â€œTriple Deluxe knocks spots off the insipid, sluggish Yoshi’s New Island – it’s more generous, more inventive, more aliveâ€ said Eurogamer before spitting out an 8/10. US Gamer meanwhile said that â€œEven if you tend not to care much about Kirby games â€“ understandably, given how toothless they can be â€“ Triple Deluxe merits attentionâ€. They went on to give it 4/5.

A pink 2DS is also being launched to tie-in with Triple Deluxe. Shame it doesn’t have a copy of the game itself bundled with it.

Over on PlayStation 3 two new releases are up for perusal. Minecraft is getting a retail release for around the Â£13 mark, with PS Vita and PS4 retail releases following in the coming months. As youâ€™ve no doubt noticed, Minecraft: Xbox 360 Edition has performed incredibly well at retail. In fact, we donâ€™t think it has left the UK top ten since it was released. As such, itâ€™s believed that the PlayStation retail versions will be amongst this summerâ€™s biggest sellers.

That other new arrival on PS3 is Nascar â€™14, which has been picked up for a European release by Deep Silver. Where the Xbox 360 version has got to we arenâ€™t sure – itâ€™s not even available to pre-order on Amazon. This is Eutechnyx’s third stab at Nascar, and word has it that not much has changed from the previous two. â€œMost of its improvements are either minor enough or exposed by other flaws that the sum total of the experience doesn’t equate to a lot of positive momentumâ€ said GameInformer.

It should however be noted that the last couple of Nascar games werenâ€™t released in Europe, so the fact that itâ€™s a lazy update may not be all that much of an issue.

The only other retail release for this week is The Amazing Spider-Man 2 on Xbox One. Weâ€™re still unsure as to why itâ€™s making a belated appearance, especially seeing that it was available to download on Xbox One at launch. Eurogamerâ€™s 2/10 review paints a very bleak picture, so approach with extreme caution. There are better ways to spend your money on Xbox One. 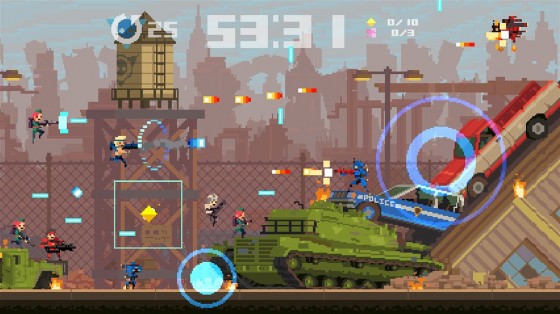 Super Time Force is one such example. Weâ€™ve seen barely a bad word about this pixel-powered shooter, with Eurogamer in particular claiming that it provokes memories of Treasureâ€™s 16-bit days. Itâ€™s out now on both Xbox 360 and Xbox One, priced at Â£11.99. It looks like only the Xbox 360 version has a demo though if you’re thinking of trying before buying.

Also arriving on Xbox One is the first dose of Titanfall DLC – the Expedition map pack. The Walking Dead: In Harmâ€™s Way also crawls onto XBLA, PSN, iOS and Steam. Eurogamer put the 90 minute or so episode through its paces earlier today.

A blast from the past can also be found on PSN this week, in the form of Cel Damage HD. A launch title for both Xbox and GameCube, the colourful car combat title gained a small cult following upon release. It was also given a second lease of life much later on as a Â£9.99 PlayStation 2 title, albeit in Europe only. Itâ€™s out on PS4, PS3 and PS Vita with Cross-Buy support, priced at Â£7.69. Sadly, online play isnâ€™t included in this HD revamp. 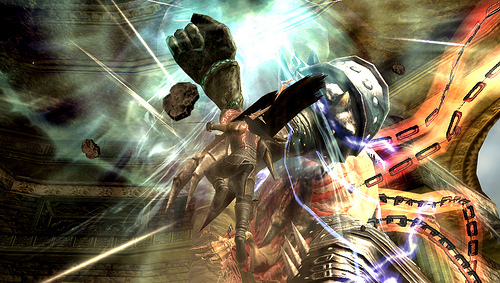 A pair of PS Vita RPG finish this round-up off – the apparently decent but unoriginal dungeon crawler Conception II – which is also due out on 3DS this Thursday – and Soul Sacrifice Delta. The latter comes with six exclusive items if you cough up the Â£23.99 asking price within the first four weeks of the gameâ€™s launch. There are a few more details on the PS Blog.