Both Rustyâ€™s Real Deal Baseball and Chibi-Robo: Photo Finder have managed to elude the 3DS eShop for another week, but donâ€™t despair – Nintendo has seemingly fast-tracked the release of THE “DENPA” MEN 3 The Rise of Digitoll from â€œsummer 2014â€ to this Thursday. 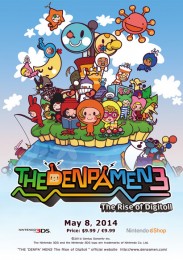 The colourful RPG adventure series has gained a small cult following, which is kind of apt – the previous Denpa Men games have been small, yet (almost) perfectly formed. Like before, itâ€™s a case of capturing the otherwise invisible Denpa folk via the 3DSâ€™s camera before heading out on a rescue quest with your chosen team.

This time round certain Denpa Men can capture beasts – the trailer shows a large dragon unleashed during a turn-based battle – and they also now have their own homesteads that can be customised. Online functionality is reportedly more comprehensive too, including the chance to trade items worldwide. Another nice touch is that heroes from the previous games can be carried over.

The pint-sized RPG will set you back Â£8.99. There are no reviews yet, but with Metacritic scores of 78% and 76% respectively for the first two games itâ€™s fair to say that itâ€™ll be a â€˜safeâ€™ purchase. 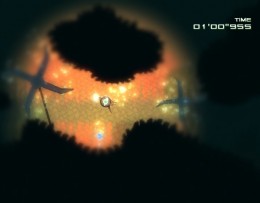 Just one title is set to arrive on the Wii Uâ€™s eShop – EnjoyUpâ€™s Abyss, priced at a purse pleasing Â£1.79.

That price can be attributed to the fact that itâ€™s a remake of a DSiWare game. If it passed you by, your task here is to explore murky depths looking for Gaia – a newly found source of renewable energy. Enhanced visuals, remixed music, off-TV play and a two-player mode are all part of the package.

As always, a handful of games are getting price drops from Thursday. The superb Trine 2: Director’s Cut falling from Â£13.99 to Â£6.99 is the most noteworthy discount. Swords & Soldiers 3D temporary price-tag of Â£4.49 may likewise pique interests. Unless you havenâ€™t had your share of match-three puzzlers and hidden object games yet, the rest of the discounts are hard to get excited about.