As you may have heard, the fate of the Xbox One version of The Amazing Spider-Man 2 is more up in the air than Spider-Man himself.

After some vague statements from Microsoft, Activision and Beenox – all to the tune of working their hardest to ensure a release – the movie tie-in made a surprise appearance on the Xbox Oneâ€™s US marketplace earlier this week. Some believed to be an error, but thatâ€™s wasn’t the case – the trio found a way to release it in time. A retail release is still ‘TBC’ however. 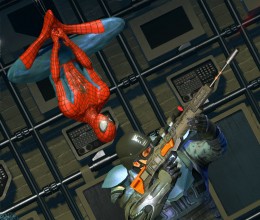 Itâ€™s out Friday on Xbox 360, PS3, PS4, 3DS, Wii U and PC. The few reviews to surface so far are from lesser known websites, and they all suggest that itâ€™s a missable experience.

Cheat Code Central had issues with the camera, combat and the web-swinging – rather than being able to attach webs to ‘thin air’ like in other Spidey games, there now has to be a building or such nearby to attach a web to. Sometimes the game doesnâ€™t recognise what you can and canâ€™t swing to, and it also restricts Spidey from getting around with ease and grace.

Screw Attackâ€™s video reviewers – who played the last-gen versions – enjoyed it enough to see it through to the end, but ultimately felt that gamers would be best off waiting for the price to drop. Kids and Spider-Man fans will get the most out of it, they claimed, which is something we certainly donâ€™t doubt. One neat idea is the chance to swing by a comic book store owned by Stan Lee and read a few Spider-Man comics:

The only other review at the time of typing is from The Games Cabin, who gave it a 6.5. 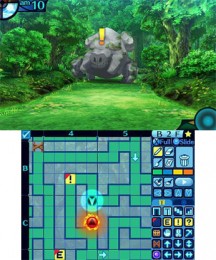 If you havenâ€™t played the previous Etrain Odyssey role players then worry not. Gaming Age reckons that â€œyouâ€™re not likely to find a more perfect jumping on point if you have yet to experience the seriesâ€. They went on to give it an A-. Pocket Gamer meanwhile gave it an 8/10 but did stress that occasionally the journey is â€œmore hassle than funâ€.

Mario Golf: World Tour is well worth a look too, backed by some solid review scores – 9/10 from Nintendo Life, 8/10 from Eurogamer and another 8/10 from The Metro (nee Game Central).

As for Hometown Story – from the creator of Harvest Moon – you may want to approach this one with caution. The Official Nintendo Magazine handed the twee store management sim a mediocre 50%. Itâ€™s “as dull as a real-life Saturday job”, said magazine newcomer Kate Gray. 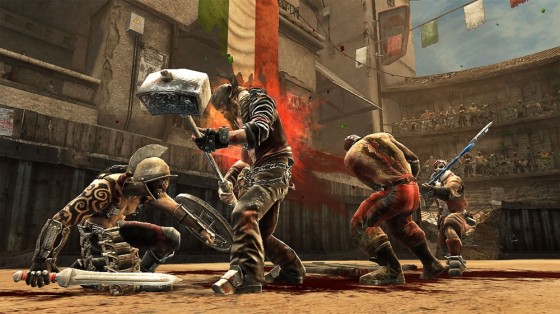 The only other retail release out this week is the grizzly arena brawler Blood Bath, a budget-priced PS3/360 offering from the chaps who gave us last weekâ€™s belated Kick-Ass 2 tie-in. We really donâ€™t hold out much hope for it. At all.

Over on the download services Ubisoftâ€™s Child of Light is causing a stir. The lovely looking 2D RPG has gained plenty of praise, with the PS4 version in particular currently sitting pretty with a Metacritic of 90%.

Not every critic has been taken by it however – EDGE and Polygon gave it 5/10 and a 6.5 respectively, with EDGE describing it as feeling â€œoddly emptyâ€. Polygon shared this emotion: â€œIt’s a beautiful, familiar trip evoking stories I’ve heard and places I’ve imagined before. But it’s all so ephemeral â€” less than a day after finishing it, I can already feel my memories of my time in Lemuria and the characters I met there drifting awayâ€. 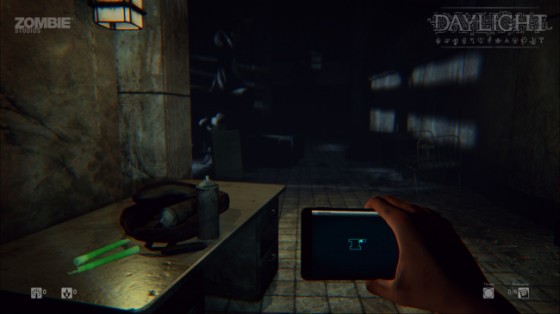 Finally thereâ€™s Daylight on PS4 and PC from Zombie Studios – the chaps who made Blacklight: Retribution and, a very long time ago, the SAW movie tie-ins. Itâ€™s a psychological thriller set in a randomly generated world. It also has built-in Twitch support, if showing off your gaming skills is your thing.

Despite being brave enough to experiment with randomly generated environments, it apparently has ended up being just that – an experiment. The Metro found it to be repetitive and frustrating, with a weak script and laughably bad puzzles. Venture Beat didnâ€™t think much of it either, reporting a mere 2-3 hour runtime.