Ubisoftâ€™s stylish 2D RPG adventure Child of Light (Â£11.99) has been getting strong reviews, including an 8/10 from Eurogamer: â€œChild of Light stands as a wonderfully realised venture into unfamiliar territory for Ubisoftâ€. GamesRadar meanwhile handed out a 4.5/5: â€œIt’s a memorable, creative experience that’s more than worthy of the asking priceâ€.

Itâ€™s a shame that Ubisoft isnâ€™t giving the Wii U version a deluxe retail release like the PS4/PS3 iteration is receiving. Wii U retail releases are becoming even fewer and far between. 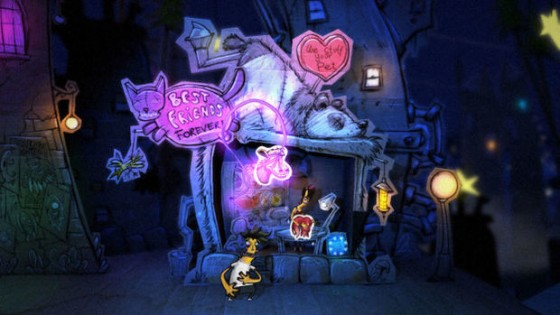 At least there are still plenty of indie games to get stuck into, such as Stick it to the Man (Â£6.99) – an overlooked puzzle adventure which first appeared on PS3 and PS Vita late last year. If you enjoy the works of Double Fine, then give this one a go. It has a very similar warped sense of humour.

The 3DSâ€™s new releases are a trio of titles also heading to retail this week – the well received Mario Golf: World Tour (Â£34.99), cult RPG sequel Etrian Odyssey Untold: The Millennium Girl (Â£34.99) and Hometown Story (Â£29.99) from Harvest Moon creator Yasuhiro Wada. All three of these are worth a look. Demos of Mario Golf and Etrain Odyssey Untold are available should you need convincing of their merits.

Staying with demos for a moment, you can put Conception II: Children of the Seven Stars and The Denpa Men 3: The Rise of Digitoll through their paces from Thursday. We like a bit of Denpa Men round these parts.

Hidden object games Azada (Â£10.79) and Mystery Case Files Ravenhearst (Â£10.79) join the 3DSâ€™s download library this week too. Never mind them though – Cave Story is getting a re-release as well, and at a mere Â£6.00 to boot. If youâ€™ve been after this for a while then this news will no doubt make your day – copies of the retail version routinely sell for over Â£50.

This leaves us with three 3DS discounts – temporary drops of Tappingo (Â£1.69) and Darts Up 3D (Â£0.89) and a permanent drop on Bird Mania Christmas 3D to 89p. Only four months’ late there, fellas.