Batman doesnâ€™t stray far from the world of videogames, does he? This week the caped crusader is back once again – Batman: Arkham Origins Blackgate – Deluxe Edition is one the few releases out this week.

Just like last yearâ€™s Castlevania: Mirror of Fate HD, it was originally a handheld release. Capcomâ€™s whip cracker is a very fitting comparison, as this is also a 2.5 adventure featuring a mixture of combat and exploration. 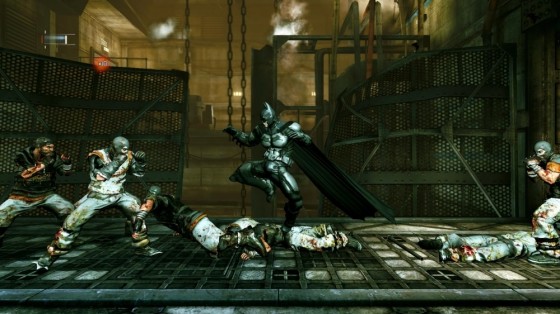 The 3DS and PS Vita versions didnâ€™t quite go down a storm – the Metacritic scores stand at 68% and 61% respectively, and with no reviews of this PSN, XBLA and PC re-release currently available we get the feeling that this too will be rather middling. With a Â£15.99 price tag, we should be incredibly grateful that thereâ€™s a demo to try.

The Wii U version has been delayed, but Warner Bros. promises that itâ€™ll be out later this month.

PlayStation 4 owners with a PlayStation Plus sub will be doubt be downloading Mercenary Kings, as thatâ€™s one of this months’ freebies. Itâ€™s a 16-bit style shooter with an innovative weapon crafting system – over 300 firearms can be constructed out of the materials enemies leave behind.

The image below – taken from the PS Blog – should give a good idea of what types of weapons you can construct. Did you spot the toilet?

As for retail releases, itâ€™s a very quiet week with just Dynasty Warriors 8 Xtreme Legends and PC RPG The Elder Scrolls Online competing for your money.

Reviews of Dynasty Warriors 8 have been mostly favourable, including 7.5 from Destructoid, 7.0 from NowGamer and 3/5 from GamesRadar. Most reviewers seem to agree that although mindless, itâ€™s the best kind of variety – â€œmindless, button-mashing funâ€, to quote GamesRadar.

The PS4 version is sub-titled â€˜Complete Editionâ€™ and offers additional characters and a new campaign over the PS3 and PS Vita iterations. All three are out this Friday. 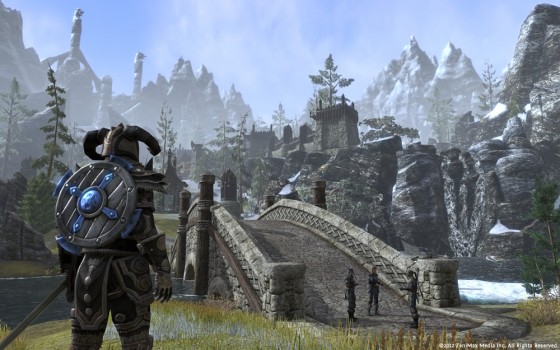 The Elder Scrolls Online meanwhile is currently review shy. Itâ€™s a huge game, so no doubt critics are currently putting the hours in to give it the most comprehensive they possibly can.

Turkish site Merlinâ€™in Kazani is the only place to have reviewed it so far, giving it 83%.