This week sees the release of the first batch of GBA titles on Wii U. If youâ€™re thinking that the 3DS would be a better fit for the GBAâ€™s back catalogue, then you certainly arenâ€™t alone.

We assume the Wii Uâ€™s barren release schedule may have had something to do with Nintendoâ€™s decision to bring their GBA classics to Wii U first. As previously reported, LEGO The Hobbit is the only big name release due out until Mario Kart 8 finally arrives at the end of May. 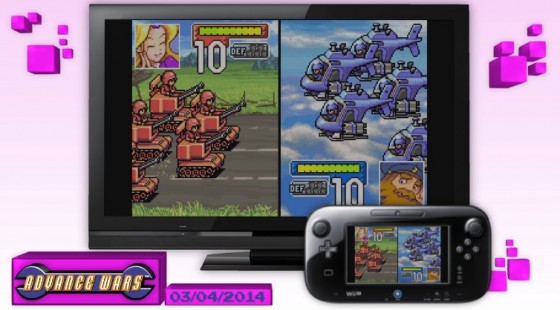 At Â£6.29 a pop, Nintendoâ€™s asking price for their GBA re-releases may be a tad too high for some, but thereâ€™s no arguing about quality. The first three out – Advance Wars, Metroid Fusion and Mario & Luigi Superstar Saga – are among the handheldâ€™s finest hours, with Advance Wars in particular being extraordinarily close to perfection.

Word has it that the conversions are spot on too, with scans of the original manuals included for each.

If none of those take your fancy, then maybe something in the next wave will. On 10th April Kirby & The Amazing Mirror and Wario Ware Inc.: Minigame Mania are both due for release, followed by F-Zero: Maximum Velocity and cult RPG Golden Sun a week later. Then on 24th April – narrowly missing Easter – thereâ€™s the egg tossing extravaganza Yoshi’s Island: Super Mario Advance 3.

Thereâ€™s something new for 3DS owners arriving on the eShop this week too – Bubble Pop World, priced at Â£4.49. Itâ€™s a match-three puzzler which uses Augmented Reality technology and also offers the ability to create and share puzzles via QR Codes. Hopefully you’ve been keeping your AR card somewhere safe. 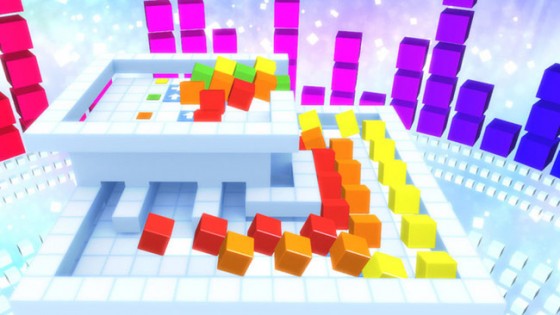 As for this weekâ€™s discounts, you have Two Tribe to thank. Puzzlers RUSH, EDGE and Toki Tori on Wii U all fall to Â£1.79 from Thursday. The 3DS version of EDGE is also dropping to that price. Upon release a lot of reviewers claimed that it offered decent value for money, so at Â£1.79 itâ€™s something of a steal.

Gamelionâ€™s area-based shooter Monster Shooter is also getting a discount, down from Â£6.29 to Â£3.20. And no, we havenâ€™t heard of it before either.