Combining Laytonâ€™s puzzle solving and Phoenix Wrightâ€™s courtroom drama, it has seemingly gone down a treat with fans of both series. Fans of Layton in particular will no doubt be pleased to hear that the wondrous anime cut-scenes have made the jump, along with the helpful coin-based hint system. 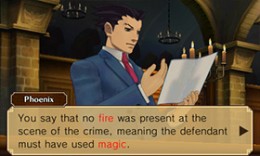 Scores include 9s from Videogamer and GameCentral – with the latter calling it â€œUtterly charming from the first momentâ€ – and also 8s from both GameSpot and Eurogamer.

gamesTM meanwhile thought it was worth a 7, noting that â€œthe clash of styles is sometimes jarring and somewhat nonsensicalâ€. That was perhaps to be expected, even with Nintendo making the pipsqueak professor taller so that he doesnâ€™t appear out of place when stood next to Wright.

Still not sold? Thereâ€™s a demo puzzle to try out over on Nintendoâ€™s site.

Also out this week: Deception IV: Blood Ties on PS3 and PS Vita. You may know this series as â€˜Traptâ€™ and simply as â€˜Deceptionâ€™. Or maybe youâ€™re unfamiliar with the series at all – the PlayStation 2â€™s Trapt was the only instalment in the long running series to make it to Europe.

Playing as the devilâ€™s daughter, your survival rests on your ability to lay traps haphazardly in maze-like environments. With a bit of imagination and experimentation, all kinds of devious devices can be forged in order to rack up high-scoring combo kills.

The Escapist, Play magazine and God is a Geek all reckon itâ€™s an interesting enough concept to be worth a look, with Play dishing out a respectful 78%. 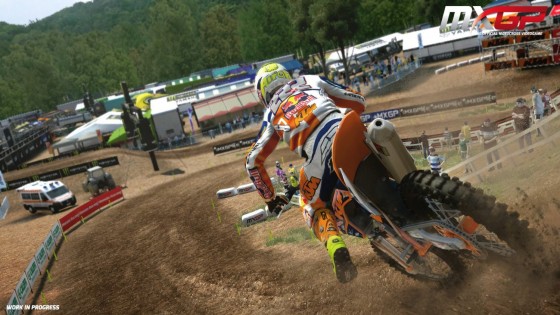 Then we have realistic motorcross racer MXGP – The Official Motocross Videogame, out on PS3, Xbox 360, PS Vita and PC via pQube. A lack of reviews – or indeed any promotion at all – is slightly worrying. The fact that the developerâ€™s previous two-wheeled racer – MUD: FIM Motocross World Championship – was a bit on the sloppy side doesnâ€™t bode well either.

It might be an idea to save your money for Nordic Gamesâ€™ new MX vs ATV title, which is being handled by veterans of THQâ€™s MX vs ATV games.

The PC crowd are currently being absorbed into the eagerly awaited Diablo III: Reaper of Souls. Reviews are curiously thin on the ground considering it was released a few days ago – the current 82% Metacritic is formed of just six scores. GamesRadar are one of the more renown outlets to have given it the review treatment, where it bagged 4/5. They said itâ€™s a hard game to apply a score to, but it still stands as a recommendation. 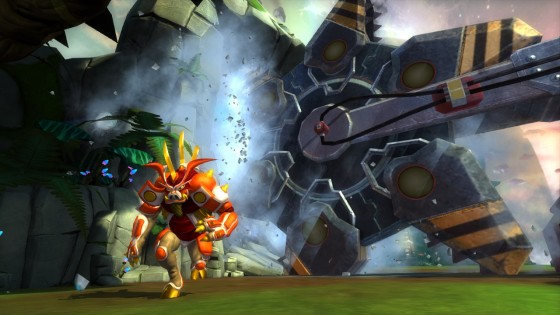 A handful of games aimed at the ankle biters round off the weekâ€™s retail offerings. After being released elsewhere in the world late last year, Invizimals: The Lost Kingdom and Invizimals: The Alliance arrive in the UK this week on PlayStation 3 and PS Vita respectively. PS Vita version of the augmented reality creature collector fared better out of the duo, with a Metacritic of 71% compared to The Lost Kingdomâ€™s 55%.

Then thereâ€™s Activisionâ€™s Cut the Rope: Triple Treat on 3DS, which presumably the publisher hopes will have the same (undeserved) success as the console Angry Birds games.

Over on PSN, Fez is making a belated appearance on PS3, PS4 and PS Vita. Priced at Â£7.99, it has both cross-buy support and an additional 20% off for PS Plus subscribers.

This leaves us with Bioshock Infiniteâ€™s Burial At Sea Episode 2, which will set you back Â£11.99. Eurogamer reckons that itâ€™s â€œImpressively crafted and polishedâ€ and â€œa fitting end to Irrational’s body of workâ€.

If youâ€™re yet to experience the Bioshock series for yourself, all three games – and an assortment of DLC – are reduced on Xbox Live this week. One of the best games of 2013 for Â£6.59? Youâ€™d be wet behind the ears to miss that offer.