There are similarities playing through Ground Zeroesâ€™ main campaign for the first time and taking a trip to the cinema to watch an anticipated blockbuster movie. Not so much in terms of Hideoâ€™s love for lengthy cinematic cutscenes – Ground Zeroesâ€™ interludes are actually surprisingly brief – but rather in regards to the visual splendour, provided here by Konamiâ€™s new Fox Engine, and the fleeting two hour runtime.

And just like watching a movie for the first time, itâ€™s full of surprises and unexpected moments. Itâ€™s an experience thatâ€™s to be savoured, for sequential viewings – or play throughs in this case – slowly start to lose their “edge”. Like watching a film youâ€™ve seen before, you soon learn of exactly whatâ€™s about to happen.

This is where the comparisons between the two mediums end. Ground Zeroes is easily the most non-linear Metal Gear Solid experience yet, involving Snake sneaking into an enemy base to find and extract two prisoners. The location of the first captive is marked on Snakeâ€™s new – and incredibly helpful – iDroid device (with Ground Zeroes set in 1975, Snake is clearly a man way ahead of his time), thus giving something to focus on from the outset.

Snakeâ€™s mission always begins in the same place, which is perhaps a missed opportunity; different starting positions could have provided a welcome degree of uncertainty. Nevertheless, the opening area gives plenty of time and opportunities to learn the basics, due to guards being few in number.

As tutorials go, Ground Zeroesâ€™ is resoundingly organic with many of the gameâ€™s finer points not explained in full until you start experimenting with them for yourself. Battle hardened MGS fans may feel a little disgruntled however, as steps have been made to make this an experience easier for newcomers. When an enemy is alerted to Snakeâ€™s presence a slow-mo sequence now occurs, giving Snake a few precious seconds to raise a weapon and aim for the enemyâ€™s weak point. Like before, a tranquiliser dart to the head sends enemies snoozing straight away, whereas a dart anywhere else will take 10 seconds or so to kick in. This goes a long way to making headshots vital. The last thing you want is all hell to break loose – as soon as they discover you, enemies come rushing, calling in reinforcements if they see fit. And a tank. They have a tank. 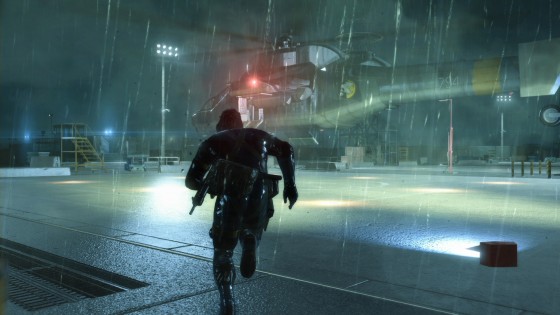 Locating the first prisoner is a relatively easy task. So much so that chances are many will reach their target without alerting a single guard. Finding the second prisoner isnâ€™t quite the cakewalk – by this point the basics are well worn in, and so youâ€™re left to discover their whereabouts – via some audio detective work – for yourself. Reaching them without alerting guards or setting off a CCTV camera isnâ€™t easy and with numerous personnel on patrol trying to explore the base for possible ways in likewise proves tricky.

The majority of that aforementioned two hour play time was spent trying to locate, and then extract via helicopter, the second target. Being able to summon a chopper adds more to the experience than you may expect. There are a few areas on the map were evac can be requested, ranging from low danger locations on the outskirts of the base, to inside the base itself. Thatâ€™s providing you take out the guards and anti-air turrets beforehand, of course. 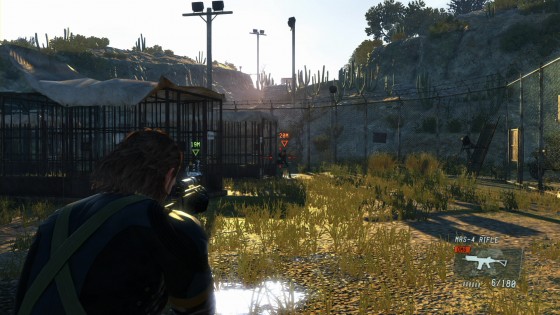 It offers more than your typical piece of DLC

As per the starting position, the prisoner locations don’t change from one play through to the next. Having learnt their whereabouts, with enemy locations still fresh in our mind, our second play through stood at 68 minutes. Our third? Around half that. Being a Hideo Kojima game, there are of course distractions and secrets galore. There are a number of other prisoners to rescue; extracting them safely will boost your final score at the end of the mission. Collectables feature too, including nine XOF patches and a number of cassette tapes that provide additional narrative. Itâ€™s just a shame that around a third of the base consists of nondescript refugee tents.

If the short runtime is putting you off, then maybe the assortment of extra missions may ease your concerns. Indeed, if it wasnâ€™t for these missions Ground Zeroes would start to err towards â€˜gloried demoâ€™ territory. One entails destroying anti-air defences – a task which can be approached in a number of ways – while another takes the form of an on-rails shooter. On-rails shooting may not be what MGS is all about, but this mission does entertain and thereâ€™s also an achievement to bag for completing it without killing a single enemy. Completion unlocks various rewards, including the chance to start the main campaign with a sniper rifle in Snakeâ€™s inventory. If thatâ€™s not an incentive to return for one more play, then we donâ€™t know what is. 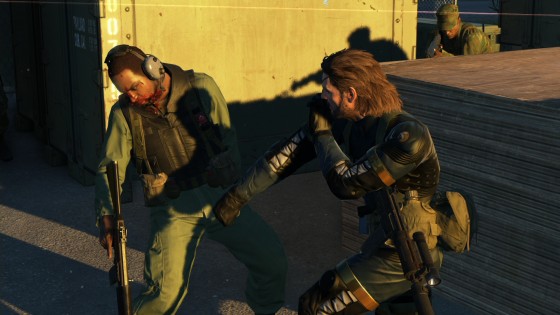 Ground Zeroes does a good job of teaching the basics and itâ€™s also fine introduction to next yearâ€™s Phantom Pain. The Â£20-Â£25 price tag is a benefiting factor and a smart move on Konamiâ€™s behalf. It falls short of offering the same amount of content as a full price release, which of course, this certainly isnâ€™t. It does however offer more than your typical piece of DLC, which is something the price reflects. Itâ€™s fair to say that the majority of gamers will get a good three or four evenings of play out of it. Youâ€™ve probably paid more for less of an experience numerous times in the past.

MGS fans chasing those illusive â€˜S ranksâ€™ on the other hand will get significantly more mileage – obtaining a completion percentage of 100% is something that takes time, experimentation and patience. Once youâ€™ve achieved that, then weâ€™ll talk about it being light on content.