Konamiâ€™s decision to release a MGSV prologue – or appetiser, if you will – was always going leave some feeling unsettled. With this in mind, reviews of Metal Gear Solid V: Ground Zeroes have been understandably mixed.

EDGE, Eurogamer and God is a Geek found much to enjoy in Snakeâ€™s new sandbox world, each giving the less-than-full-price release a 9/10.

â€œ[Still] if itâ€™s a demo, Ground Zeroes is the best demo ever; if itâ€™s a prologue, it sets up the story so well youâ€™ll spend the next year thirsting for revenge; and if itâ€™s a tutorial, the systems it teaches are so intriguing that the prospect of spending an entire game with them is irresistible. Ground Zeroes is a resounding success in every respect bar its price tag, but value is relative. Fourteen hours in, weâ€™re still learningâ€ said EDGE. 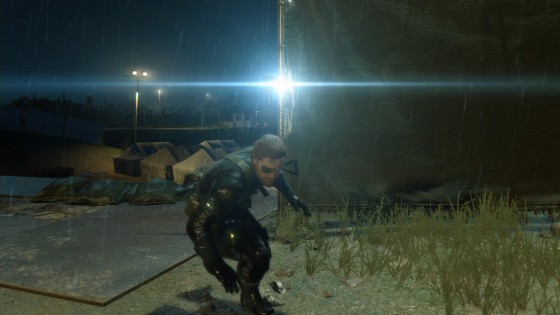 GameCentral however felt that most gamers would struggle to get more than four or five hours of entertainment out of it, even after taking the extra missions and wealth of secrets into consideration. They didn’t think much of Kiefer Sutherland’s voice acting either.

US reviews were even more damning, with the likes of Polygon and The Escapist giving it mediocre scores – a 5.5 and a 3.5/5 respectively. â€œIt’s staggeringly short and unsatisfying, feeling more like a cash grab than an honest-to-goodness installment in a beloved franchiseâ€ reported Polygon.

The price may persuade a purchase – expect to pay around Â£20-Â£22 for the PS3 and Xbox 360 versions and around Â£23-Â£25 on PS4 and Xbox One. The next-gen versions were set to retail at around Â£30 originally, but Konami reduced that price after reports of the gameâ€™s shortness started to spread. 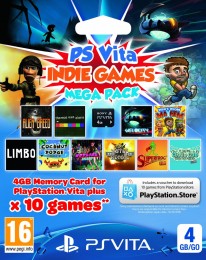 Final Fantasy X/X-2 HD Remaster for PS3 and PS Vita is another out this week which shouldnâ€™t set you back much more than Â£25. A Metacritic of 85% – from 28 critics – would suggest that the two PlayStation 2 classics hold up incredibly well.

IGNâ€™s review in particular is full of praise, dishing out a 9.3: â€œWith enhanced art and music, tons of extra in-game content, cross-save compatibility, and bundling two huge games for the price of one, itâ€™s a lot of bang for your buck”.

PS Vita owners should also consider the catchily named â€˜PS Vita Indie Games Mega Packâ€™, which contains 10 indie games – including Limbo, Hotline Miami, Thomas Was Alone and Superfrog HD – and a 4GB card for around Â£20. The previous â€˜Mega Packsâ€™ have provided decent value for money, and this looks like the best one yet.

Sticking with Sony for a moment, we would have loved to have seen Titanfall and inFamous: Second Son go head-to-head, but Sony has instead decided to do the (probably) wise thing and release their anticipated PS4-exclusive this week.

Reviews are starting to surface as we speak (read: type). Eurogamer called it “Good clean fun” before giving it a solid 7/10, while The Official PlayStation Magazine gave it an 8: “Gorgeous, and instantly satisfying to control, inFamous: Second Son shimmers across the screen in a way that simply wasnâ€™t possible on PS3. The core missions lack sparkle, but this sandbox yarn is heroic in full-flow”.

The PlayStation Blog reports itâ€™ll be available to download from midnight, priced at Â£49.99. 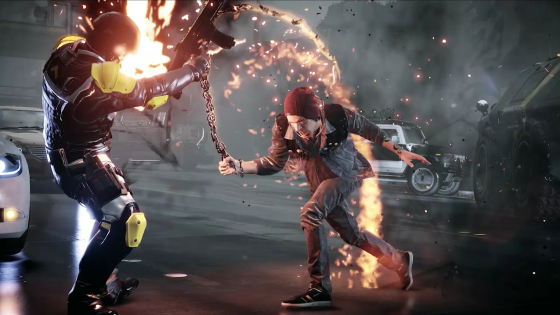 Those lucky enough to get the game early have been keen to show off shots with the PS4 Share feature. It really is quite the looker, and going back to GameCentralâ€™s review of Ground Zeroes, they report that Second Son is nearly as good looking as anything seen running in Konamiâ€™s new Fox Engine.

Then weâ€™ve got The Witch and the Hundred Knight on PS3, a game which has been lingering on release schedules for quite some time. Reviews suggest that it hasnâ€™t been worth the wait – GamesRadar gave the offbeat JRPG 3/5 while NowGamer felt it was worth 4.5/10. â€œThe Witch And The Hundred Knight is a game that thinks itâ€™s a tactical-RPG, wants to be an action-RPG and sadly ends up being neither. The first few levels offer a decent bit of hack-n-slash fun, but beyond that, everything the game is built on becomes transparent and boringâ€ was their verdict. 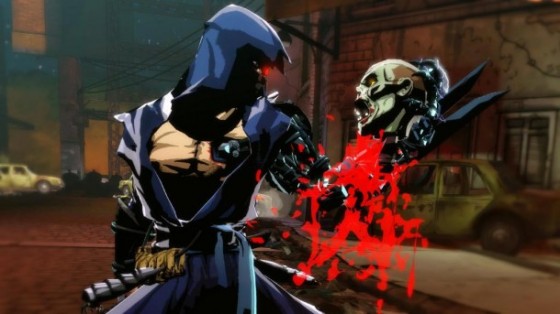 This leaves us with Yaiba: Ninja Gaiden Z, and sadly this isn’t a case of leaving the best until last. The hack and slasher spin-off has been receiving a critical mauling, including a 2/10 from EDGE, 3/10 from The Official PlayStation Magazine and a mere 35% from Play magazine. â€œYaiba had all the potential in the world to be a fun, irreverent take on one of Tecmoâ€™s biggest franchises, but instead is little more than a broken, poor pastiche of the genre from a developer that clearly has little understanding of how the genre worksâ€ said Play. That developer? Spark Interactive, of Lost Planet 3 fame.

Itâ€™s an equally busy week on PSN. Towerfall Ascension – once the Ouyaâ€™s â€˜killer appâ€™ – arrives Â£11.99, joined by Steamworld Dig and the apparently very good LUFTRAUSERS, priced at Â£7.29 each. Both also have Cross-Buy support and a 20% discount for PS Plus subscribers too. We really enjoyed the 3DS version of Steamworld Dig – imagine a mixture of Spelunky, Metroid and Mr. Driller and you should get the gist. Itâ€™s a very hard game to fault at all.

We arenâ€™t entirely sure if anything will be making an appearance on XBLA this week. Two releases – Skydive: Proximity Flight and Constant C – did make an unexpected arrival last Friday, so there is still a chance that something will go up tomorrow. Steampunk puzzler Vessel, perhaps?