Back in the late â€˜80s and early â€˜90s – when almost every other new release was a licensed 2D platformer – the phrase â€œitâ€™s just like playing a cartoon!â€ was often used by the overly enthusiastic gaming press of the era. Dragonâ€™s Lair, Space Ace et la withstanding, that was rarely the case – the game at hand may have had more frames of animation than its peers, but still would have been far from cartoon quality.

Skip forward 20 years and we finally have a cartoon tie-in which authentically matches its source material. Yes, South Park may be so crudely animated that it has Walt Disney spinning in his cryogenic chamber, but thereâ€™s no debating it – The Stick of Truth is like playing through an episode of the notoriously vulgar cartoon.

As the new kid in town, the adventure begins with the chance to make your own South Park character. The character creation tool isnâ€™t particularly deep, but there is some fun to be had by making your own bulbous-headed persona. After being ushered out of the house to try and make new friends, the mute protagonist soon finds himself joining a Lord of the Rings-style battle between the South Park kids.

The battle has been raging for days already, with the Grand Wizard (Cartman, naturally) and his allies having recently seized the titular â€˜Stick of Truthâ€™ from the Elven clan, led by Stan and Kyle. During one of the more amusing tutorials of recent times, Cartman teaches the basics of the turn-based combat system before asking you to choose a class type – fighter, mage, thief or Jew. Opt for that last choice and Cartman will warn that you’ll never truly be friends.

Those who have played the various Mario & Luigi RPGs will notice similarities with the combat system. Blocking is a simple case of a well-timed button press, as is the chance to deliver extra damage when attacking. It took us an hour or so to get to grips with timing those vital button presses perfectly, which caused a few deaths early on, but they soon became second nature. 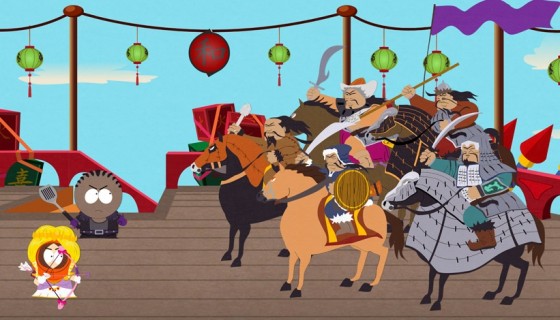 ‘Cheesy Poofs’ and other snacks act as health potions, while cans of ‘Red Balls’ restore PP – the resource for magic attacks, such as the ability to shock enemies with a car battery or perform an attack using fireworks in a rather unsafe manner. Flatulence also features quite heavily, especially later on, with the protagonist unlocking four different farting techniques over the course of the game. Farts have to be coaxed out via some gentle manipulation of the analouge sticks, and are used both inside and outside of combat. Inside to ‘gross out’ the opposition and cause extra damage; outside to manipulate objects and cause distractions.

a celebration of all things South Park

Most of the characters that join your party have more than their fair share of attacks which cause hefty amounts of damage, which does goes a long way to making this adventure somewhat easier than regular RPG players will be used to. Nevertheless, it does also make combat that little bit more entertaining. Cartmanâ€™s explosive farts fill the screen while summon spells feature amusing cut-scenes lasting ten seconds or so. Summon spells can only be used once per day – with the story spanning three days in total – and as such these animations donâ€™t even have the chance to grow tedious, remaining amusing throughout.

It just so happens that the protagonist has an uncanny knack for making new friends, which is handy as the majority of missions involve rallying fellow South Park citizens. Of course, the majority need you to carry out a favour before joining your cause. This is an RPG, after all. The main menu is based around a faux social networking site, with those who youâ€™ve befriended updating their statuses regularly. 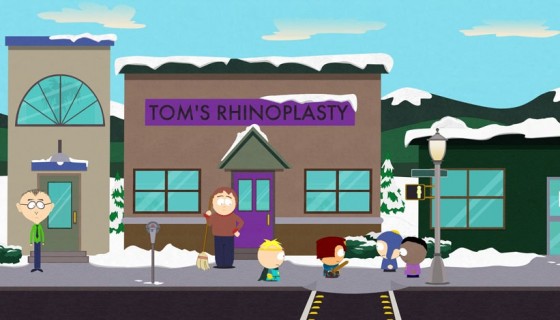 As well as over 100 characters from episodes old and new to become acquainted with, there’s also the chance to befriend – and then almost instantly ‘unfriend’ – Al Gore, a task which isn’t quite as easy as it sounds. The majority of other sub-quests provide a long list of items to either destroy or collect, including 30 different Chinpokomon toys – the show’s memorable take on Pokemon. It really is a celebration of all things South Park – fans will be in their element trying to spot the huge amount of references while exploring a faithful rendition of the sleepy town.

Itâ€™s easy to tell that not only are developers Obsidian huge fans of the cartoon, but Trey Parker and Matt Stone have been allowed to shape the adventure as they saw fit. If this were a South Park episode, it would be one of the best – twists, ergo unexpected moments, are surprisingly frequent. And if anything, itâ€™s cruder than any episode before it… which has regrettably resulted in several scenes being censored in Europe. There are at least some mildly amusing text descriptions in place to describe what we’re missing out on. 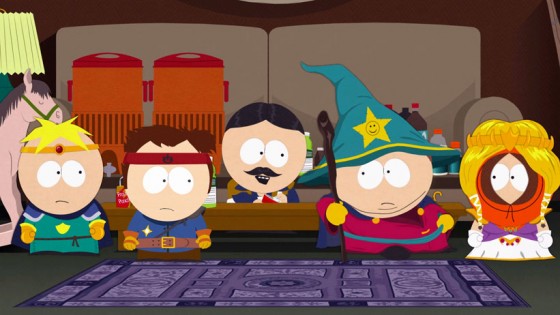 Our greatest fear when starting this twelve-or-so hour adventure is that it would be akin to watching twelve hours’ worth of South Park back-to-back. Thatâ€™s to say, after a while the sights and sounds would start to grow wearisome. Thankfully that wasnâ€™t the case. The town changes over the course of the game, while new skills – which are unlocked at a steady rate – give access to previously unreachable areas. With almost every area containing a secret or two, this not only makes backtracking less of a chore (although Timmyâ€™s â€œhorse and cartâ€ can be summoned for fast travel) but the ongoing changes also lend a decent sense of progression.

The Stick of Truthâ€™s biggest achievement by far though is its pacing. The story flows superbly, holding back appearances from key members of the show for surprisingly lengthy periods. Believe it or not, Stan and Kyle arenâ€™t added to your party until around halfway in. As well as serving you in battle, your chosen teammate also follows you around outside of combat. They provide vocal hints, either laugh or curse every time you let rip and also have their own unique skill which sometimes has to be called upon in order to progress. Later puzzles feature teamwork more heavily, with Butters – the first member added to your party – filling the role of the â€˜healerâ€™ class, thus able to give medical assistance to those who need it.

Some may even be surprised to learn that under the colourful exterior lies a surprisingly comprehensive RPG. The list of weapons and armour to either find or purchase is long, and each item can be equipped with a patch to boost stats or add elemental effects. Of course, the kids arenâ€™t skilled blacksmiths, so all weapons and attachments have a â€˜make-doâ€™ appearance about them. Shards of broken glass boost damage stats, cigarette lighters set weapons ablaze, while dead birds and other gross items force the opposition to puke their guts up, causing damage over time and denying the use of healing items. Incidentally, said consumables are found frequently – our inventory had full stocks of nearly every item for most of the adventure.

The halls of gaming are filled with imperfect yet humorous videogames. The likes of Conkerâ€™s Bad Fur Day, Deadpool, Brutal Legend and Leisure Suit Larry – 2009â€™s Box Office Bust notwithstanding – have more than their fair share of problems but theyâ€™re fondly remembered regardless due to their ability to make us laugh out loud. The Stick of Truth likewise has problems – the difficulty level is a little erratic and some puzzles are a case of trial and error – but it too is likely to be fondly remembered by all who play it, fans of the show or otherwise.