Itâ€™s a somewhat slow week for new Nintendo downloads. How slow? Well, the only new arrival is Pure Chess, out on Wii U and 3DS for Â£4.99. Weâ€™re starting to think Chibi-Robo! Photo Finder is never going to find its way to Europe. Sob!

As well as Pure Chess, in its rather eye-catching HD glory, there are also a couple of Virtual Console releases. The Wii U receives Castlevania for Â£3.49, while the 3DS is due to get Devil World for Â£3.59. The latter is a curious one – the NES Pac-Man alike made it to Europe but not to America due to the Satanic styling, becoming the only NES title from Shigeru Miyamoto not to be released in the US. Itâ€™s a pretty neat little game – if youâ€™ve never played it before, then hereâ€™s your chance.

All of the above will be available from Thursday on the Wii U/3DS eShop, as well the handful of discounts weâ€™re about to mention. 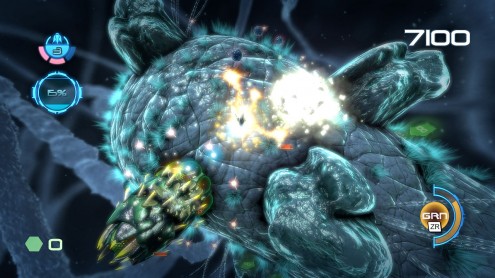 Shinâ€™en Multimedia are a publisher weâ€™ve always had a soft spot for. Their twin-stick shooter Nano Assault Neo was in fact our first Wii U eShop purchase, which we gave a glowing review. Thatâ€™s being dropped to Â£6.70 while Nano Assault EX on 3DS falls to Â£6.35. Recent release Jett Rocket II: The Wrath of Taikai will be available for Â£5.70 too, while Art of Balance TOUCH! drops to Â£4.70.

Then thereâ€™s the well-received 2D platformer Mutant Mudds from Renegade Kid, down to Â£5.39 until the 3rd April on 3DS. Fishdom H2O: Hidden Odyssey – which, admittedly, weâ€™ve never heard of – falls to Â£3.35, and then finally Angry Bunnies on 3DS will set you back Â£4.49 until the 17th April.

Why yes, it is an Angry Birds clone. And not a very good one at that.