Obsidian’s long-time coming RPG South Park: The Stick of Truth begins with the chance to create your very own bulbous-headed South Park citizen. 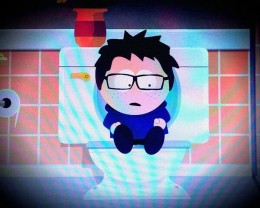 The creation tool isnâ€™t the most comprehensive around (sorry, female players – youâ€™ll have to make do with a male for this adventure) but it is amusing to mess around with, and going by the amount of fuzzy mobile snapshots uploaded to Twitter and Facebook this weekend, players enjoy showing off their custom-made South Park persona.

Ubisoft really has missed a trick here – had The Stick of Truth featured the option to share a screenshot of the customisable main character on Twitter and Facebook – with the potential to use it as a profile picture or avatar – the game would have received a huge marketing boost.

The Stick of Truth has been the talk of Twitter for most of this week, trending as soon as the first reviews went live. With a little bit of extra thought behind it, it could have easily been the talk of Facebook too.